It has only been a few days since Facebook announced a name change to Meta, and shortly after that, the company also talked about how Oculus Quest will be known as Meta Quest in the coming year. Just after these already big announcements, the picture of the first Facebook smartwatch locked, and well, it comes with a notch, and I am not sure how people will respond to this.

This should not surprise those who are aware of the existence of the smartphone as it had been talked about in the past and now. Since the company has just gone through a rebranding, now looks like a good time to announce the smartwatch.

However, I would advise you not to get excited as it is just a picture showing the front, and details on the smartwatch are still scarce. 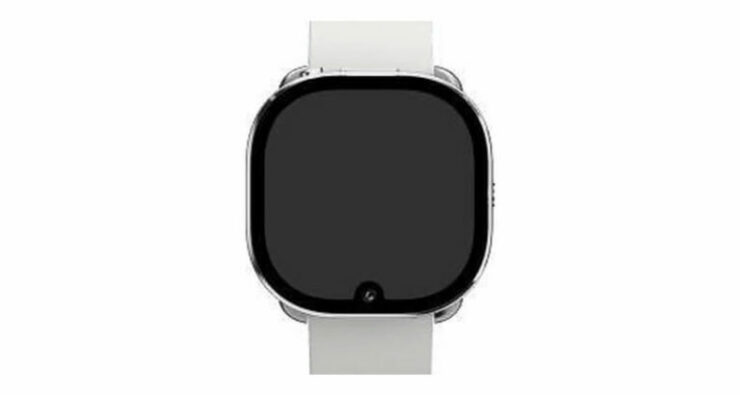 The picture comes from Bloomberg and shows how the design of the supposed Facebook Watch or the Meta Watch is not all that different from the wearables we have seen in the market. To many, it might look a lot similar to the Apple Watch, and the removable strap is another indication of that.

Bloomberg revealed more details that the watch has a button on top of the case; we can also see a front-facing camera on the watch face used for selfies and video calling. However, at this point, we are still not sure if the watch will have a camera at the back, but there have been reports in the past that the display will be detachable, which will allow the users to use the watch as a webcam.

Facebook Watch will also be a smartphone-independent wearable. It will have cellular connectivity and will allow you access to services like WhatsApp, Messenger. We can expect other services like health tracking and monitoring amongst the myriad of standard features in smartwatches.

Facebook Watch is expected to launch as early as 2022, but at the moment, we have nothing but rumors at hand.