The Most Valuable Commodity in the Gaming Industry That All Gamers Deserve; Communication

Communication is a valuable commodity within the video game industry, something that’s highly appreciated by the community itself. Being able to hear about the general status of the development of a game is certainly excited news and can help to alleviate pre-release fears if the various avenues are used correctly. We like to hear directly from the big, and little, publishers and developers as they explain the various challenges and fun things they’re doing to make their game. Sometimes hearing why something was included, not included a feature or why a particular direction was chosen can help humanize an otherwise inaccessible industry. 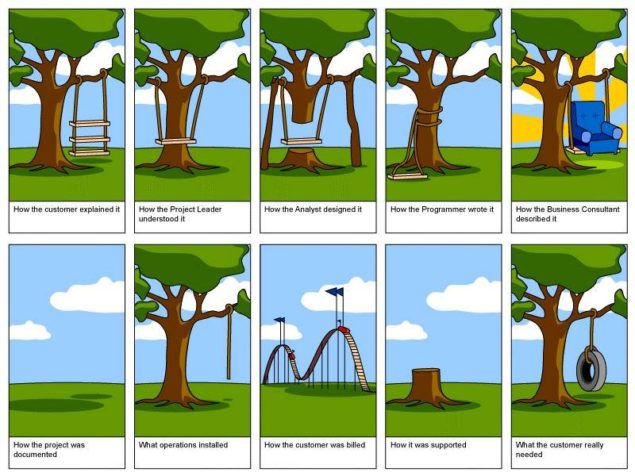 Good words are worth much, and cost little.

How developers communicate with their fan base is as much a part of game development as anything. If you want to be successful, you'll need as wide an audience as possible, so communicating misinformation frequently or even outright lying can hurt a company's credibility to the point of affecting their bottom line. Larger companies and franchises can weather such issues, though there is the potential for long term effects not intended.

Some companies do it better than others and have strict policies about either saying too much too early and certainly about releasing deceptive information. Peter Molyneux is almost famous for getting ahead of himself and the projects he's a part of. Features he's talked about sometimes never make it into the development pipeline, even.

Watch Dogs is another example, having had a significant graphical down-grade compared to the spectacular E3 trailer from 2012. Ubisoft also told IGN in 2013 that they would delay an Assassin's Creed game if it wasn't quite up to par in order to have it ready upon launch, which thus far has only resulted in a delayed and still unplayable and unfinished game.

Call of Duty: Ghosts and Advanced Warfare were supposed to implement dedicated multiplayer servers, something promised and confirmed by Michael Condrey, though that has never made it into their iterations of CoD. Instead, announcements are coming" and then the announcement that it isn't actually going to be featured came instead. Why blatantly lie and not simply explain your reasoning one way or another, or say that it's a hopeful feature that they'd like to implement. It won't ruin the franchise, but it does significantly reduce confidence in their ability to adequately create a masterpiece.

Players can lose faith in their ability to actually follow-through with most wanted features and their ability to listen to their customers. This doesn't mean caving to demands, though, but collating feedback to help improve upon their platform. Most wanted features or even additions/subtraction a that a vast majority come to a consensus that might add considerable value to the product.

This is almost common sense, we all know how frustrating it can be when one piece of information oddly contradicts another, or a feature that's hyped and sold as an almost positive addition is suddenly missing without much explanation. It's highly frustrating.

Certainly, however, circumstances arise within development that are very reasonable explanations of less than truthful initial statements. Things come up and difficulties arise. But it’s how these studios leverage their communication skills and connect with fans that can make a marked difference.

Certainly gamers everywhere aren't owed explanations for the actions and changes taken. We don't own the idea and are only paying for the right to play it, not directly control the direction it takes. But to base your entire business model on getting others to pay for their creation, it would make sense to offer a dialogue with your player-base to explain the differences that are real or perceived.

Despite the controversy surrounding it, Star Citizen actually exemplifies this with an overly open communication policy. The claims initially made perhaps don't line up with what some think are possible, and perhaps that's right, to an extent. Every week we receive updates as to the status of each studio and the items that they're working on. We get an intimate look at the development process in a way that has never quite been done before. Chris Roberts has very large aspirations, wanting to create a game that's almost impossibly large in scope and wide with options, but despite those nearly unfeasible pursuits, they continue to update us frequently with specific challenges they have currently, what they expect to encounter due to those challenges and how they plan on overcoming it. They come just short of providing us with actual examples of the code they're using.

I spoke to an original backer of Star Citizen who has gone through all the emotional phases one can when becoming excited about a project, and he had some interesting and very valuable things to say, especially because he's also a veteran of software development of a different kind, and knows the difficulties involved.

“I love the open communication that CIG is using. It's kept me involved for almost 3 years and is the first website I check in the morning and the last one I check every evening. Chris Roberts games from the old days I was into before the internet was a thing like it is today, I got my updates by word of mouth and gaming print magazines. I really feel that CIG is the first (and only) company that has ever gotten me involved in the process of making the game and it's been an awesome ride. The model they're using clearly works, it's been lucrative for them and I've happily contributed more money than I would have ever thought reasonable to a game prior to Star Citizen, but what can I say, I'm a believer. It probably helps that my background is in running large scale software development projects (in finance, not gaming) with budgets and schedules many times that of today's AAA games, so I have some understanding of the complexity of the development process and the setbacks and delays that are a standard part of any effort this large.

But it's a double edged sword. CIG has been successful beyond what anybody imagined would be possible, that success has also brought a lot of dissatisfaction as they can't keep everyone happy. Some backers are impatient and didn't want them to keep stretch goals going early on in the campaign and it's obviously contributed to the delays of the project. Star Citizen is clearly Chris' opus and I don't blame him for keeping it going to the degree that it has. It would have been a lot simpler to just do the kickstarter, get the funding he needed from it and the venture capitalist backers he had lined up, stick to the original scope and go quiet after funding to build the game. This is the model that most games seem to take and sometimes it works, sometimes not, but from a development perspective, it's simpler as you don't have the continuous demands of nigh on a million backers always wanting different things. Some people don't understand the development and pledging/donating process, they think they pre-ordered a static item and it's late so they should be able to get their money back, they don't realise the money they paid is to fund jobs and salaries to make the game and in large scale development, the unexpected will occur, delays will happen, things will change. CIG have to deal with the people who don't understand that. I think it's a small price to pay for the chance to create the vision, but I also have no doubt it's a pain in the ass to deal with”

If you're willing, all of the answers to the questions you might have are actually there, in those weekly updates. It's candid, harsh and even a bit raw. Fans didn't like it when it was announced that Star Marine was being delayed to get it right, but they did explain very clearly, and logically, why they chose to do that. In fact, a lot of long posts are available to peruse with tremendous amounts of explanations of their development process. It's truly open, for good or for ill.

And there are others, but it seems to be the exception rather than the rule. Stardock is fantastic with their developer blogs, and even Brad Wardell being quite vocal about projects. Independent developers of all kinds have risen to the challenge and many update their blogs with even bad news, because it happens and is a part of the process. The developer of Shallow Space is constantly posting updates to Twitter, letting fans know the low-down on progress and the direction they're going in. It's not a hard thing to do, but it might be uncomfortable at first.

The line must be drawn somewhere.

But how do developers improve? It's simply, at its core at least. Be truthful, be candid, and be realistic with how you communicate about your game. Being excited about the game you're creating is natural, expected and wanted, but one should also strive to be realistic about what's happening as well. It's okay if something gets delayed or there are difficulties. This is not an easy profession, making games with grand visions takes multiple departments, people and a lot of talent. That and a lot of time. But why not tell us the journey that you're going on to fix the problems that have cropped up? Let the public know instead of leaving us hanging with "there'll be an announcement later" and then completely renege on those promises.

It comes down to some simple principles; regular updates in a timely manner. Use the same principles that many companies use for internal communication. Set clear and obtainable goals and use language that conveys what you want. Really it's similar to what good communication in relationships is; say what you mean, mean what you say and don't be mean when you say it.

Being able to speak candidly about issues and policy and how problems that arise are going to be solved can be very enlightening. Things are indeed changing, however, with more and more companies releasing more information and statements regarding the progress they’re making via social media and, of course, on their own developer blogs. This has the power to help increase consumer confidence by at least some small amount. Enthusiastic yet forthright disclosure of information can only prove to be positive for everyone.