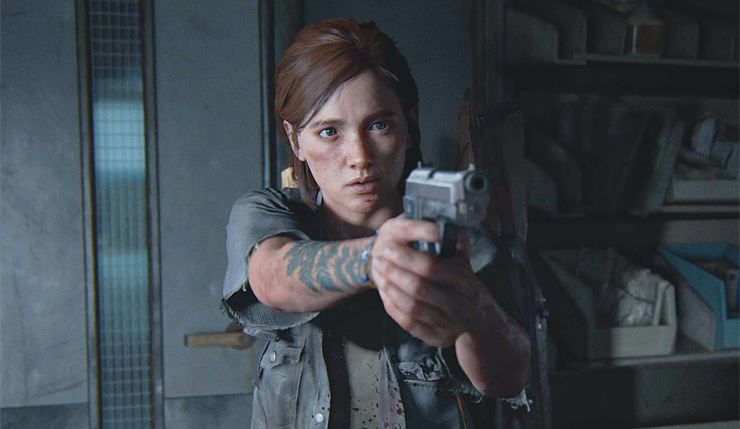 The last couple months have been tumultuous for The Last of Us Part II, as the much-discussed game was delayed yet again due to COVID-19, suffered some major storyline leaks, then got a new release date. During all of this, we haven’t been given much in the way of new TLOU2 footage – the last time we saw the game in action was all the way back in September of 2019. I realize Naughty Dog doesn’t want to give too much away, but it’s time to give us another taste. Well, the latest episode of Sony’s State of Play provided just that, revealing details about TLOU2’s environments, factions, combat, and crafting, and showing off a new gameplay sequence that delivers all the brutality you’d expect. Check it out below.

Looking great, if perhaps a little uncomfortable to play. As we see, most of The Last of Us Part II will take place in and around Seattle, which is essentially dominated by three factions -- the Washington Liberation Front, a heavily-armed militia that managed to kick the military out of the town, the Seraphites or Scars, a group of religious zealous who mutilate their faces, and, of course, the infected. The infected look more dangerous than ever, with more fast-moving runners than before and new forms like the bloated Shamblers which release corrosive spores when attacked.

Of course, Ellie has all manner of new moves and abilities that will help her survive Seattle. She can use ropes to reach high areas and span gaps, and can craft a wide array of potentially deadly items and traps. We see Ellie's skills on display in an extended gameplay sequence, set in and around a ramshackle hospital. Naughty Dog really emphasizes that Ellie's enemies are just regular people (who apparently still play PS Vita post apocalypse) and some of the violence she inflicts on them is downright disturbing. Somehow haven’t been keeping up with The Last of Us Part II? Check out Wccftech’s guide to the game and the following official story synopsis: