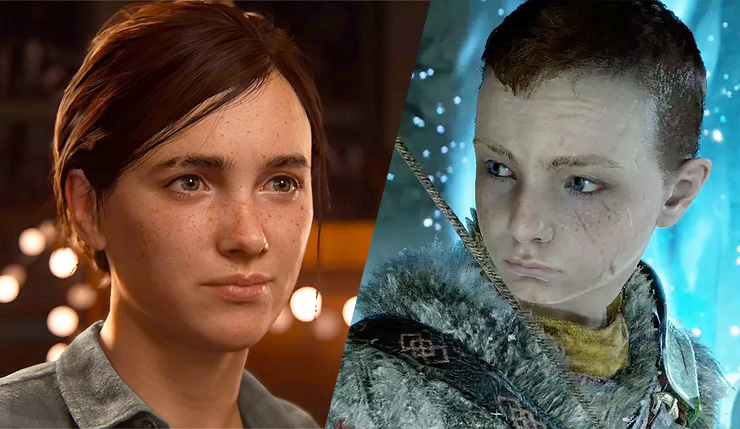 The Last of Us was a great game for a lot of reasons, but an essential part of its appeal was the interaction between Joel and NPC companion Ellie. Will that kind of mechanic be returning for the sequel? The Last of Us Part II's E3 demo showed Ellie stabbing her way through a solo mission without a sidekick in sight! Thankfully, in a recent interview with Buzzfeed, The Last of Us creative director Neil Druckmann confirmed Ellie will have somebody watching her back…

“Ellie used to be an NPC, but she’s the protagonist in [The Last of Us Part II], so the player is controlling Ellie. Umm, it’s safe to say with the game that we made in the past that there will be some NPC with you in this story, even though we’re not showing [the NPC] in this demo. Our general approach is to say, again, ‘How do we treat them like people? How do we get them to behave honestly as those people? How do we give them interesting characteristics so that they can navigate the world, make meaningful actions, and surprise you in the way people do?’

Will Ellie’s sidekick be bringing something new to the table? Sony’s own God of War arguably took the NPC companion concept to the next level with Kratos’ son Atreus, so does Druckmann feel any pressure to evolve and improve the mechanic?

“We’re friends with those guys [at SIE Santa Monica]. We’re neighbors. I guess they’re not in Santa Monica technically anymore, but, yeah, we share tech and creative processes. And we welcome the friendly competition to one-up them in every regard. And you can tell [God of War director Cory Barlog] that.”

Hmmm, so, who might Ellie be teaming up with in The Last of Us Part II? Joel would be the most obvious choice, but I have a feeling that’s not happening. Could it be Dina, the woman from the beginning of the E3 2018 demo? She and Ellie certainly seem to be close. Druckmann did tease he was doing some dog motion capture earlier this year, so maybe you’re getting a furry friend? Personally, I’m hoping Ellie teams up with the giraffe from the zoo in the first game.

The Last of Us Part II has yet to receive an official release date, but it’s likely coming out sometime in 2019.