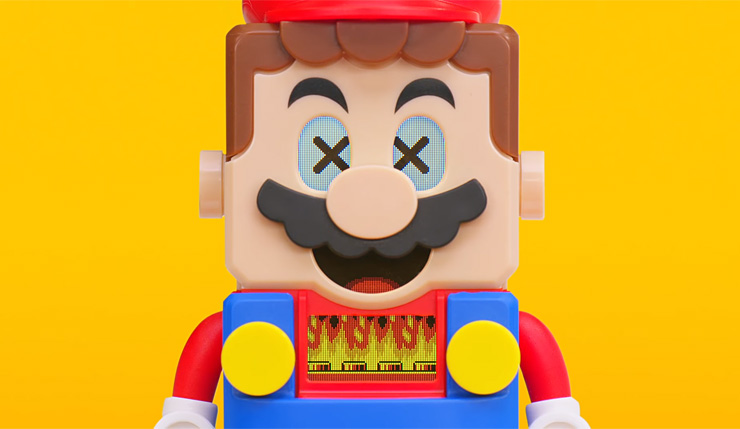 Earlier this week we got a tantalizing tease for Lego Super Mario, which got fans wondering – were Nintendo and Lego hinting at a new a game? New physical building sets? Or perhaps both? Well, it turns out option C is the correct answer, but probably not quite in the way you were expecting.

Lego Super Mario is a new series of physical building sets, but, in a unique twist, they come with an interactive Mario figure. Basically, you build physical platforming levels out of Lego and the Mario figure will react to certain sections, making noises, picking up coins, and displaying various things on his video-screen-enhanced face and stomach. Honestly, the whole thing is kind of hard to describe – the following trailer will explain it better than I can.

Neither a video game nor a traditional Lego brick-based set, Lego Super Mario is a new product line that features an interactive Lego Mario figure who collects coins in real-life game levels created with Lego bricks. The new line will let kids experience the playful world of Super Mario like never before. Super Mario will be brought to life in the physical Lego world and new levels of challenge and styles of play will be part of the iconic Lego experience enjoyed by generations.

I’m sure cranky hardcore gamers will have plenty of snarky things to say about this, but frankly, I think this team-up is rather brilliant. There are a lot of little kids (including my Mario and Duplo-loving son) who are going to go absolutely bonkers for this.

Lego Super Mario will launch sometime this year. What do you think? Will you be buying them for your kids, or indulging your Lego-loving child within?