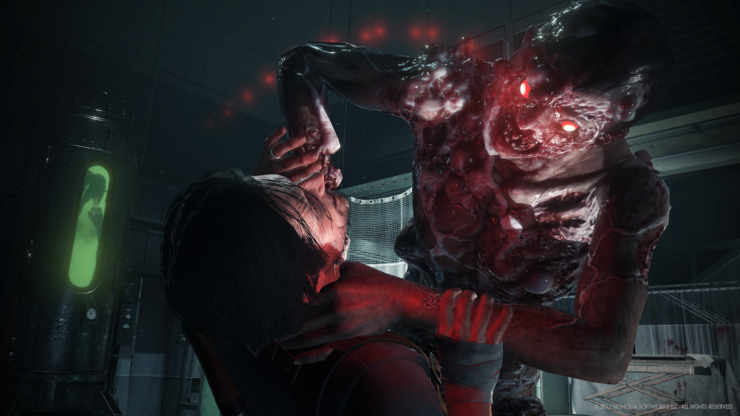 While the overall consense is more than positive, one of the few complaints is perhaps that The Evil Within 2 isn't quite as scary or tense as its predecessor. In his review, Rosh wrote:

Speaking with The Telegraph, the game's Director John Johanas (who took over from Shinji Mikami, the legendary designer who directed the first game and produced this sequel) explained that this was a conscious choice by the developers.

The "too scary" thing is a hard line to draw, because when you're making something, you never think it's too scary. I think if something is so scary that the person stops playing, that's not necessarily a bad thing! But the goal this time was a little different in its agenda to the first game, where it had what you would now classify as 'non-stop tension and terror', there was never any relief from the oppressive environment that we put you in.

We felt like it was a bit of a negative, a good horror game has an ebb and flow, things level out and you have a moment to take a breather, and then you can go dive back in to these scenarios that we've provided for you. This time we actually tried to focus a little bit on pulling back, we wanted some places not to be not scary, but to lower the tension and find a better balance than the last game.

So it was a little bit tricky because we focus our energy on the scary parts, and then we say "Okay, with this part, let's not make it dark, let's make this light, and have some of these elements like just drinking coffee", and things like that, just ways to cool off between tense moments.

The Evil Within 2 is now available at half price on Microsoft's Xbox One as part of their Black Friday 2017 sale and it's likely there will be similar discounts soon on PC and PlayStation 4, too.