Welcome back to the nightmare. Literally.

Evil Within, as the name suggests, has always been about combating the wickedness within ourselves, with the sequel raising the preverbal stakes. In the first game, you explore the fractured memories of a madman, and now we are once again experiencing madness first hand.

Most horror games try to create a fundamental, concrete setting for the game. Alien: Isolation has Sevastapol, Resident Evil 7, the Baker Manor and Outlast is set entirely in the Mount Massive asylum. With these locations as a fixture, the designers can move onto the testing the expectations of the game which is where the horror comes from (Xenomorphs, undead hillbillies and weaponized inmates respectively). The Evil Within 2 however, takes a different route. While revolving around the small American town of Union, the game, in its truest sense is an expression of surrealism, quickly creating an environment where we understand anything to be possible.

This makes the fear that you might expect to endure playing it something different. While you are constantly stalked by incomprehensible foes, you are never exactly surprised by what you see, because there is no expectation for the norm. This makes the game tense, but more on a mechanical level than an emotional one. Making sure to converse ammo, avoid detection and find crafting supplies offering more genuine distress then the monsters, because when everything is already weird, there’s nowhere to go. Surrealism is the attempt to create something that resembles a dream, with a splintered, nonsensical narrative, setting and mood. The Evil Within 2 does try and ground its story in something you can follow, but its setting is a shifting nightmare-scape.

While Bloodborne captured the horror of surrealism by starting from a point of relative familiarity, The Evil Within 2 too quickly robs the player of that. Even wandering around Union doesn’t inspire any sense of normality because of the Inception-like folding of the town, and perhaps my lack of American upbringing as well.

I wish there was more build-up to the tense and supernatural forces in the game, because it is a very good game, but without the satisfying, heaty racing fear that I was hoping for. Full disclosure, I had a mild fever during a lot of time with the game, which at once distanced myself from its action and drew me in. The mild auditory and visual hallucinations made the real world a much scarier place for me the past few days, which might have negatively impacted the game.

But it didn’t stop me from enjoying it. There are a few mechanical issues, the camera speed for one, which felt way too slow for a game with fast moving enemies. It may have been built to manufacture some more suspense but just came across as annoying. But none of that stopped me enjoying my time back in the mind of madness.

The more open-ended nature of exploration worked surprisingly well. Picking a route through the impossible surroundings meant weighing up potential threats and often coming up short. Despite not being particularly scared by the sight of the monsters on display, they were often used with some great direction to brilliant effect. An early section where I was forced to backtrack left me stunned when a corpse was dragged out of sight.

And a lot of this all felt easily missed as well. Some of the best moments happened while I was exploring for supplies or completing side missions. Talking about what I’ve missed and found might easily persuade me to play through again, as I’m sure it will a lot of others. The graphics are really nice as well with incredibly, gross and possibly unnecessary detail on the blood and guts that often dangle from the monster, although familiar issues like lip-syncing still appear from time to time.

The difficulty is about right too. Playing on Normal I wasn’t expecting much of a challenge but I’ve been pleasantly surprised by the enemies' resourcefulness and their capability to overwhelm me. I say pleasantly but some of the death scenes are pretty eye-watering. I think The Evil Within 2 resembles CAPCOM's Resident Evil 4 when it comes to the combat's pace, with just a few chances to aim before the monsters reach you.

That being said, the enemy intelligence isn’t very high. More than once I escaped a tricky encounter by simply running a bit further down the street and crouching. But with a fairly big map to explore that’s almost literally swarming in all manner of ghouls and monsters, it's not the end of the world to cheat the hundredth band of zombies you come across.

As a horror game, I’m not sure The Evil Within 2 could stand up on its own. With the occasional jump scare and some good direction you might get the right tone once in a while, but for the most part the game fails to deliver on the overall sense of horror. Behind that, though, is a great game with interesting enemies, a story that makes no sense but doesn’t need to and some really good piece of imaginative art design. It’s probably better that it's less scary, the game will hopefully find a home for people looking for something on the borders of scary rather than just those few hardcore horror fans.

Reviewed on Xbox One (code provided by the publisher). You can buy the game on Amazon. 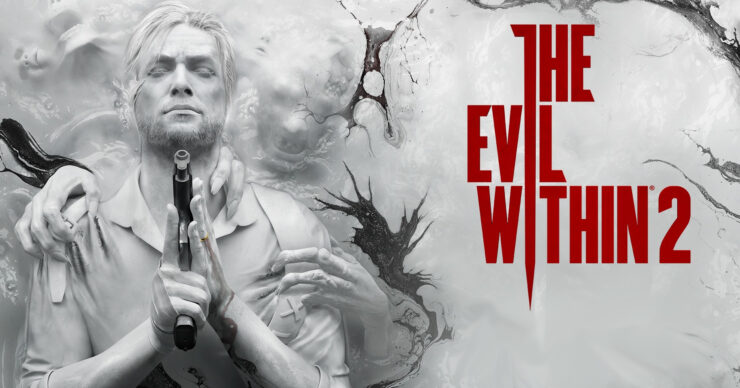 Although it tries a little too hard and fails to properly capture the best horror tropes, The Evil Within 2 is a great, imaginative game with enough tension that you probably won't mind the relative lack of horror.