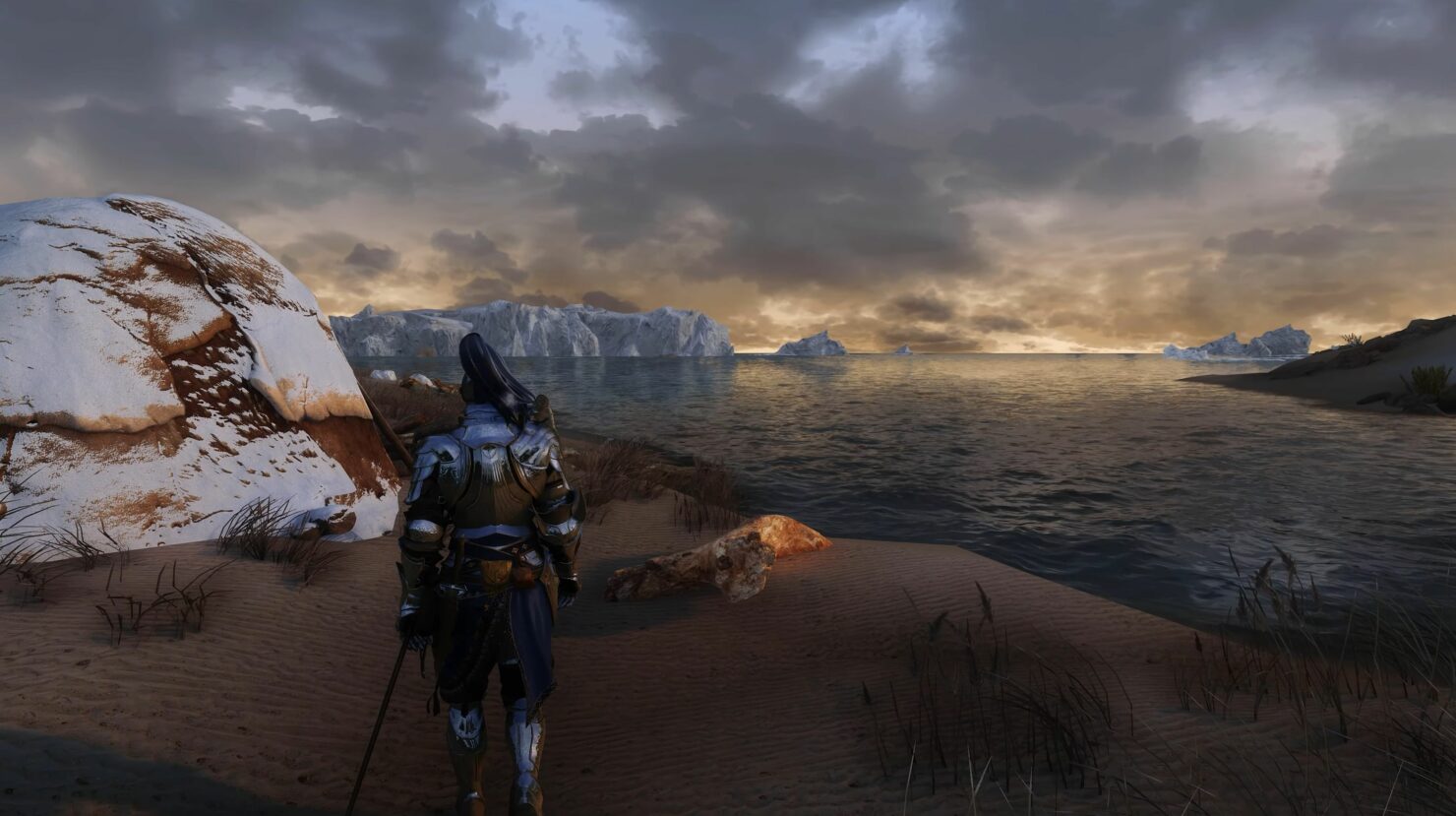 A new The Elder Scrolls V: Skyrim video has been shared online, showcasing the game running with NVIDIA DLDSR and over 1300 mods.

The new 3240p resolution video put together by Digital Dreams highlights how NVIDIA's new AI-powered scaling technology, in conjunction with mods like Beyond all Limits Ray Tracing and others, can make an older game like Skyrim look amazing. Performance isn't particularly good even on an RTX 3090, but that is to be expected for a heavily modded version of the game.

The Anniversary Upgrade includes pre-existing and new Creation Club content like quests, dungeons, bosses, weapons, spells, and more. With Creations, there is a lot more to discover. You must own Skyrim Special Edition to access this content.

Winner of more than 200 Game of the Year Awards, Skyrim Special Edition brings the epic fantasy to life in stunning detail. The Special Edition includes the critically acclaimed game and add-ons with all-new features like remastered art and effects, volumetric god rays, dynamic depth of field, screen-space reflections, and more. Skyrim Special Edition also brings the full power of mods to the PC and consoles. New quests, environments, characters, dialogue, armor, weapons, and more – with Mods, there are no limits to what you can experience.