The Division Open Beta Update Is Live For Preload

Two weeks ago, we first reported the rumor about The Division Open Beta. This was confirmed last week by Ubisoft as happening on the following dates: 18-21 February for Xbox One and 19-21 February for PlayStation 4 and PC.

The original leak by Xbox Italy probably mentioned 16 February as the preload date, and in fact today the preload just became available. 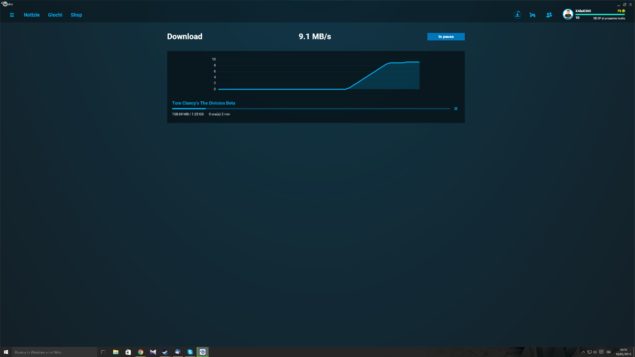 As you can see in the image, The Division Open Beta update is about 1.23GB on UPlay, though Steam users are reporting a 1.1 GB download.

Of course, that's assuming you had access to the Closed Beta and kept it installed, otherwise you'll be looking at a downloading of 27-28GB.

As for the specifics of this update, an unofficial changelog from the PS4 version of the game was shared a few days ago by a Reddit user. According to this information, The Division Open Beta will feature a new story mission to play through, a new wing of the base to unlock (Tech) and several fixes, including improved cheat detection.

This latter fix will be particularly interesting to verify during The Division Open Beta weekend, since during the previous test cheating was rampant due to some glitches.

Will you be playing the Open Beta of The Division during this weekend? Let us know in the comments section!