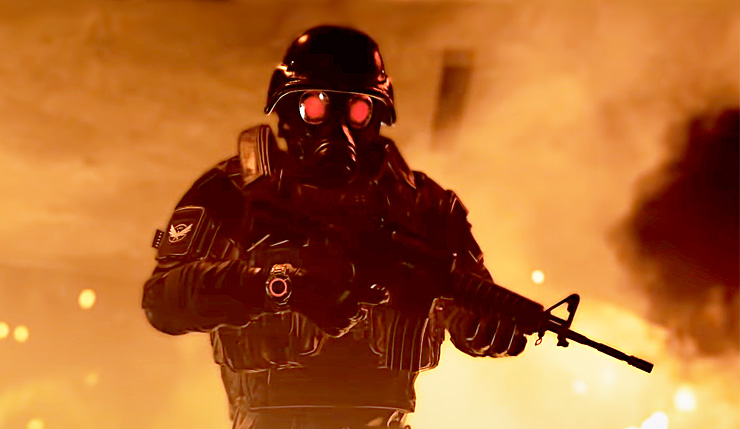 At this point, most major live-service games have received some sort of update to take advantage of the Xbox Series X/S and PS5, but Ubisoft and Massive Entertainment’s The Division 2 has been an exception. Thankfully, that changes next week. While The Division 2 won’t be getting a full next-gen port, it will be getting an update in order to run at 4K/60fps via backward compatibility on next-gen consoles. This was confirmed by Ubisoft community manager Johan Lindholm in a response to a fan asking when new The Division 2 intel would be coming…

No State of the Game tomorrow.

TU12.1 releases on Feb 2nd with the Resident Evil Apparel Event, a rebalance of the Optimization Station cost as well as 4K 60 FPS support for next gen consoles.

As mentioned by Lindholm, The Division 2 will also be kicking off a limited-time Resident Evil event next week, which will let players unlock a variety of RE-themed goodies. You can check out a quick trailer for the event, below.

Looks decent, although I’d better be able to do my hair like Leon Kennedy. Here’s a bit more detail about the Resident Evil event:

The Division 2 is helping celebrate the 25th anniversary of the survival-horror classic, Resident Evil. You can unlock special Resident Evil caches that contain themed cosmetic items, including outfits, weapon skins, individual vanity items; and also earn additional gameplay rewards, like backpack trophies. To celebrate the start of the event, all agents who log in throughout the Resident Evil event will receive the Leon Kennedy RPD 3-piece outfit to start their collection. This is a limited-time event, so be sure to jump back in and get your gear by February 15.

Tom Clancy's The Division 2 is available now on PC, Xbox One, and PS4, and can be played via backward compatibility on Xbox Series X/S and PS5. The Resident Evil content and next-gen upgrade arrives next Tuesday (February 2).