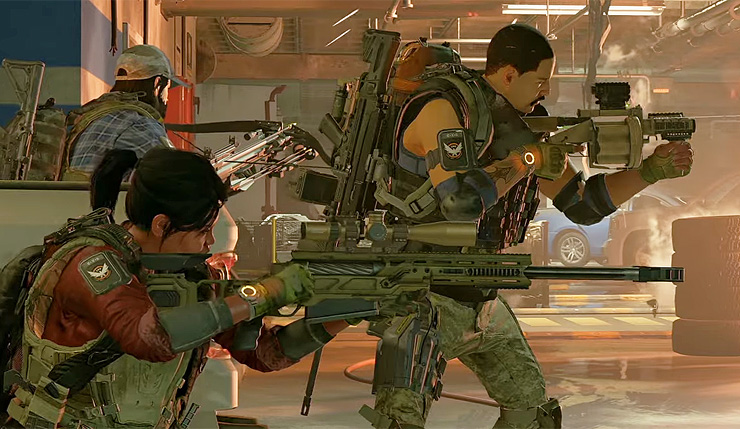 As revealed earlier this month, Tom Clancy’s The Division 2 will be holding an open beta at the beginning of March, and now Ubisoft has revealed what said beta will contain. For the most part, the open beta will be the same as the previous private beta, but it will include some new stuff – an additional mission, Skirmish PvP map, and skill, a level cap increase (to lvl 8), and more. You can check out a quick teaser trailer for The Division 2 Open Beta, below.

Here’s a full rundown of all the open beta’s contents:

Three main missions are available on Normal and Hard modes—Grand Washington Hotel, Jefferson Trade Center, and Viewpoint Museum—to offer a smaller piece of a much larger, compelling narrative we are telling from start to finish. As you explore D.C., five optional Side Missions will also be available for everyone who prefer to branch out from the main storyline. You will explore parts of four named zones, each possessing a specific level range to indicate difficulty as you traverse the world:

Dark Zone East—available on the right side of D.C., players utilize long sightlines in over-grown governmental parks. You will acquire the DZ East introduction mission from Senait Ezera—the new Dark Zone NPC in the Base of Operations—after completing Jefferson Trade Center. Completing this intro-mission unlocks full access to the Dark Zone and its features.

For players who are looking for dedicated 4v4 PVP, Conflict is available during the beta test. One mode, Skirmish, will be accessible on two maps: Stadium and Capitol Ruins. We encourage everyone to jump in and provide feedback on the PVP experience!

The Open Beta will also feature a portion of The Division 2's end game! After completing Jefferson Trade Center for the first time, you will gain access to an end-game mission that unlocks three level 30 characters on your account. Upon logging in with one of these characters, the end game mission will begin. Each character is equipped with a different Specialization, so feel free to find your favorite! In contrast with the Private Beta, this end game mission will be available with the start of the Open Beta.

The open beta kicks off on March at 1am PT and will continue until March 5 at 1am PT. You can start preloading the beta the day before (February 28). Here’s a handy start time guide for those living in different places in the world. 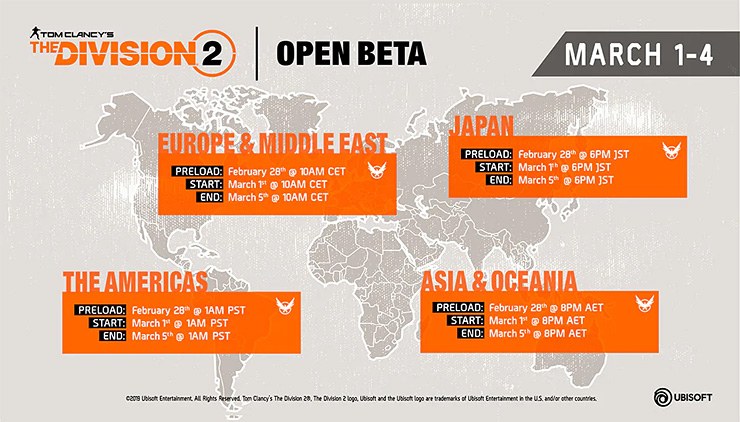