Following today's Hero character render reveal, showcasing Leia Organa, Han Solo and Emperor Palpatine, EA DICE have released another screenshot of everyone's favorite "scoundrel", Han Solo, as he appears in-engine in Battlefront. The image is quite outstanding, as it depicts the iconic hero being surrounded by stormtroopers in the forest of Endor. 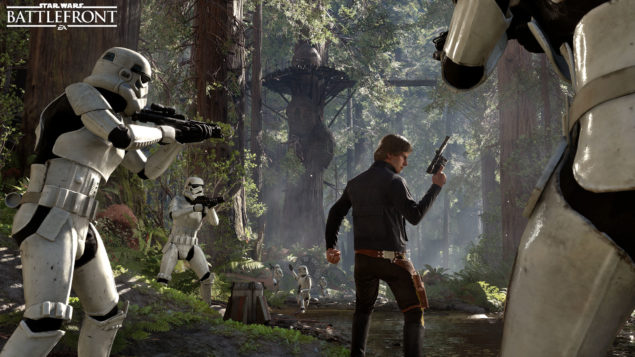 Han Solo is a gunslinger most appropriate for lone wolves as he is not very dependent on others. Han Solo is considered to be the easiest Hero character to get into possessing an offensive output, damage, and mobility.

Han Solo has three useful abilities to even out the odds fighting the Empire and the first one is called Rapid Fire. Active for a few seconds, this lets Han fire his Blaster as fast you can pull the trigger, without having to worry about overheating. Try this out when taking on compact groups and mow down those stormtroopers! Rapid Fire is also really good for when villains like Darth Vader approaches. Use it at the right time and you’ll lay down a ton of damage.

Han Solo has an element of fortune around him and that’s where Lucky Shot, Han’s second power, originates from. This is a “build up and release” power that hits really hard and is effective against vehicles. Lucky Shot works for infantry as well and is mighty enough to break Darth Vader’s block.

Last but not least is the Shoulder Charge power. Remember the Star Wars™: Episode IV: A New Hope™ scene where Han charges into a group of stormtroopers? Then you’ll know what to expect. Shoulder Charge is both an offensive and defensive move and can be used to quickly get in to battles – but also out of them. 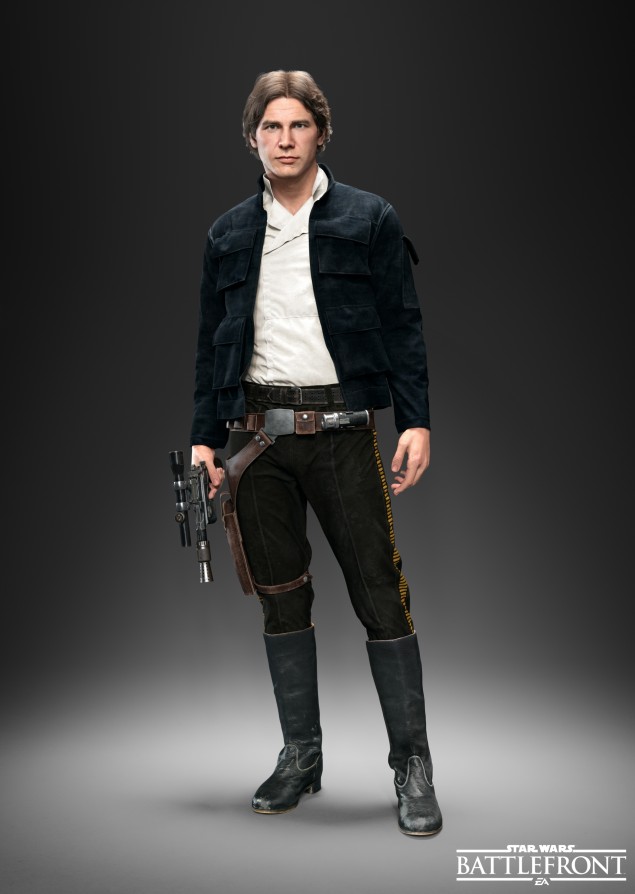 Playing as Han Solo enables players to come face to face on equal terms with other major heroes, such as Boba Fett, who thanks to his jetpack holds a vertical advantage, which can be countered with Han's Lucky Shot.