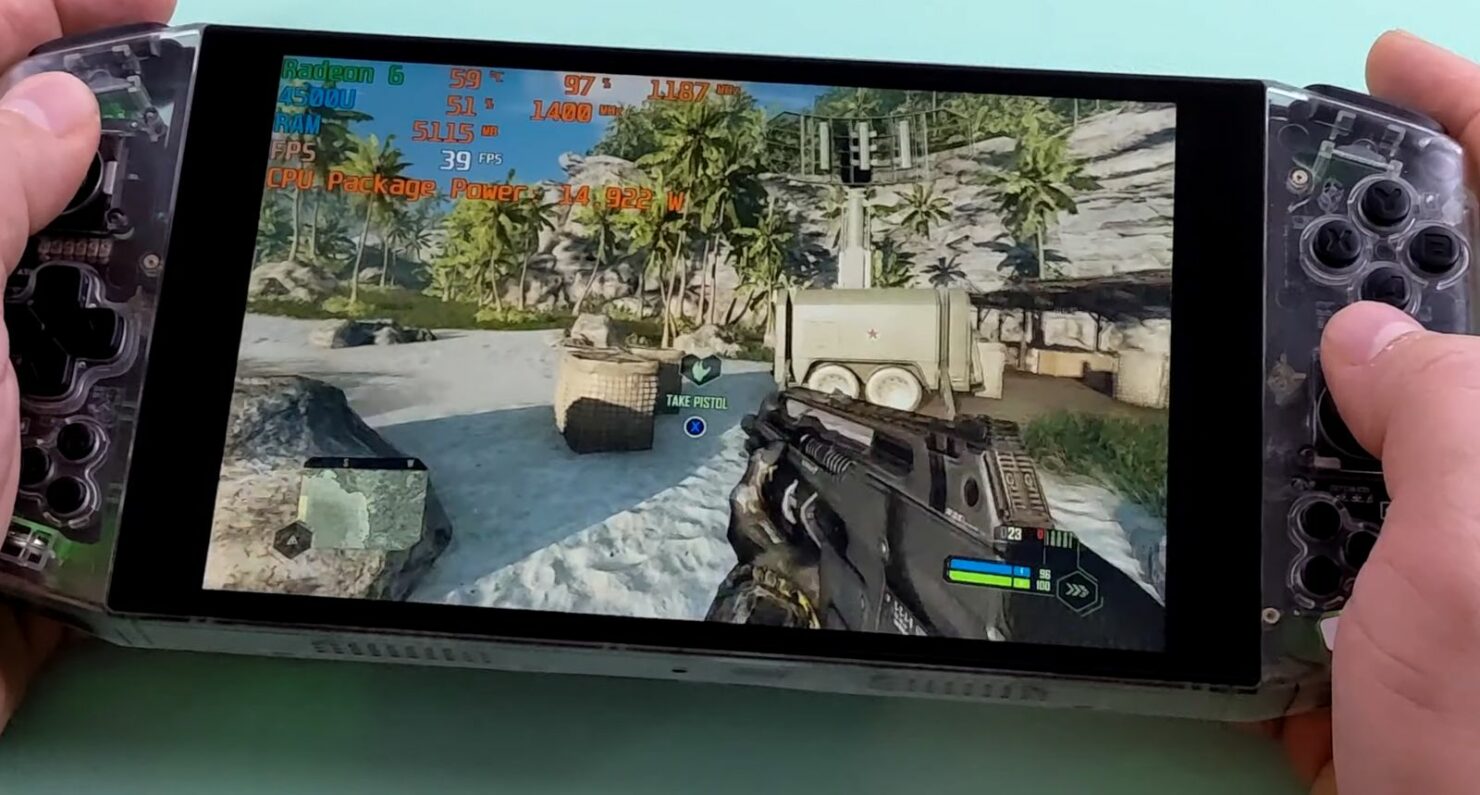 Handheld consoles are not synonymous with power, but the AYA Neo is looking to change that. Its been in development for quite some time and features an AMD Ryzen CPU based on the 'Renoir' Architecture. It features the AMD Ryzen 5 4500U CPU with Radeon 6 Vega Graphics.

The AYA Neo is a powerful handheld console featuring the AMD Ryzen 5 4500U CPU. The processor features 6 cores, 6 threads (this CPU has no SMT), and is based on the  Zen 2 Architecture. The graphics are integrated with Radeon 6 Vega graphics with only 6 Compute Units (384 Streaming Processors). The AYA Neo also has 16GB of LPDDR4X memory and up to a 1TB NVMe SSD inside. The display is a 1280×800 IPS display and all of this is powered by a 47wH battery that provides up to 6 hours of use, but heavy gaming quick slashes that by 67% down to around 2 hours.

Even though some of the graphical components may seem a little underwhelming, they actually do the job quite well. Even with the low core count, it's enough to run various emulators and even games with SoC power locked to 5W. On most games with low to medium settings at 1280×800 resolution, you have a solid playing experience with respectable framerates. On all games tested in reviews below, the Neo was able to achieve 30+ FPS in all titles.

As of now, the console is currently being shipped to its first customers and reviewers as the AYA Neo Founder. This model of the console features a translucent chassis and is being shipped to the crowdfunding backers. By many accounts, this is considered to be a preproduction model coming out in limited amounts to its early backers and reviewers. It wouldn't be unexpected if the AYA Neo is revised for the general release and features a different look compared to the Founder edition.

As for reviewers who have posted their reviews and first impressions, Taki Udon and ETA Prime are two of those that have posted their reviews to YouTube. The reviews take a different approach to analyzing the console, but it's best to watch both to get the full perspective. Both look at the specifications of the console, but then take a different approach.

ETA Prime looks at the unboxing experience and then looks at the performance in Forza Horizon 4, GTA 5, Skyrim, Street Fighter 5, Doom Eternal, CS:GO, Fortnite, and even Crysis Remastered. Taki Udon looks at the quality of the product by going over the battery performance, cooling, display, build quality, and does some performance benchmarking at the end.

I recommend watching both reviews to get a full picture of the product as ETA Prime covers the in-game performance and unboxing experience of the AYA Neo whilst Taki Udon looks at the more tangible with the quality and overall design of the product.

As far as the release date for the general public, it's March 10th, 2021, so it is coming out in less than a month. The direct competitors are the One Gx1 Pro and GDP Win3 based on Intel Tiger Lake CPUs with Xe Graphics. 2021 might just be the year for gaming on integrated graphics if these consoles lower their price points.