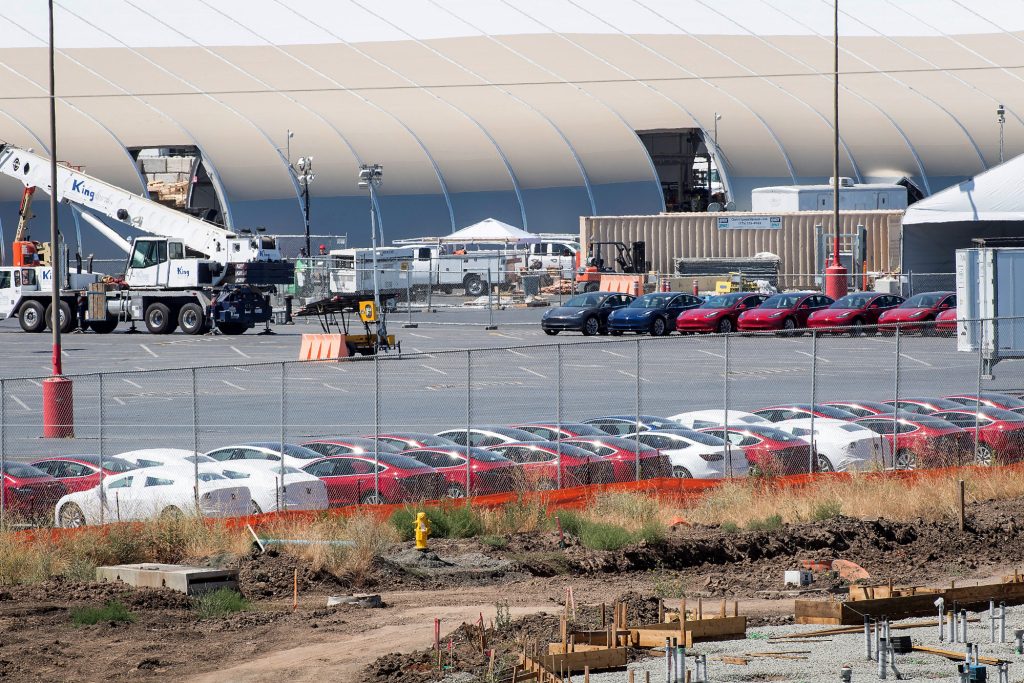 Today Tesla (NASDAQ:TSLA) announced plans to allow all current Model 3 reservation holders the chance to "confirm" their orders via a $2,500 one time payment. The Model 3 has been available to reserve for a $1,000, fully refundable deposit since the Spring of 2016, and now the Tesla faithful can lock-in their orders, as well as further configure the car before anything is ever built.

Users can use the chance to choose colors and some other fairly minor cosmetic options as well as the actual powertrain and battery pack configuration. While the $1,000 merely reserved the right to order, the $2,500 that Tesla is accepting today will count towards the actual order hitting their books. I.e. once someone forks over the $2,500 Tesla will count it as "ordered" and queue it up for production whenever the backlog catches up in line.

What is different is that after 72 hours the $2,500 is locked in and is non-refundable, so even if a customer cancels or refuses delivery of their Model 3 they will be out the $2,500 after a 3 day waiting period.

Tesla has long had some issues with cash as we have previously reported and has taken several measures including axing a few thousand jobs in its effort to become profitable.

It's no secret that Tesla is hurting for cash. The automaker went public 8 years ago and has yet to achieve profitability, relying on injections from multiple rounds of VC funding and cash deposits for pre-orders. Simply building and selling Model X's and Model S's with a few roadsters sprinkled in isn't paying the bills.

The true breadwinner for the company is the new Model 3 "affordable" family sedan. CEO Elon Musk has decreed that 5,000 Model 3 units produced per week is the magic number the automaker needs to achieve in order to deliver healthy, sustainable profits. The automaker struggled to achieve a 1,000 unit/week pace as recently as April and Bloomberg estimates, via its clever tracking tool, that they are cranking out around 3,500 units a week. This brings the grand total of production to about 40k Model 3's thus far.

While this is still a great improvement, some analysts are saying this still isn't enough to provide cost scale out of Model 3 production. There are lots of costs associated with increasing production and 5,000 units a week is an oft-agreed upon number by many analysts that are familiar with Tesla's cost structure.

A semi-permanent structure has sprouted up seemingly overnight next to the Gigafactory in Nevada - a giant circus-like tent where a complete auxiliary production line has started to churn out Model 3's.

If just 200,000 out of the million + rumored pre-orders opt to confirm their orders then Tesla will be able to add $500 million cash to its balance sheets, all without barely lifting a finger. 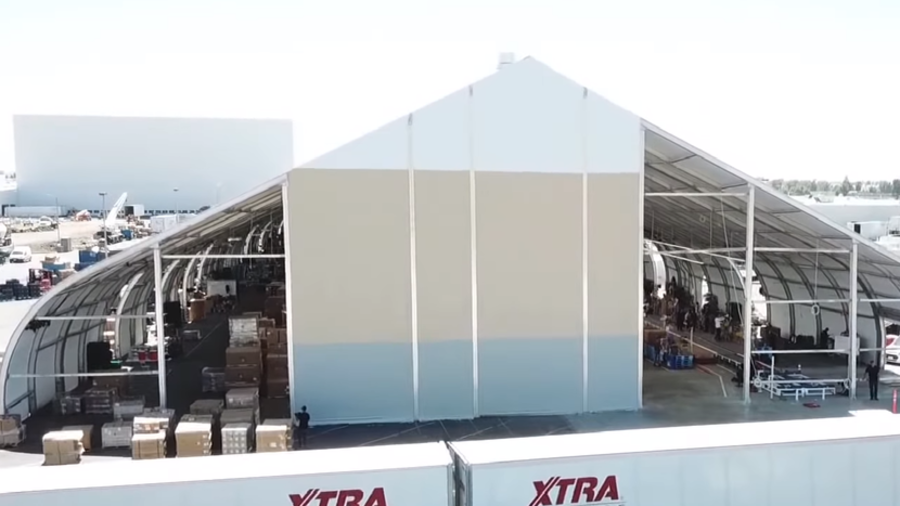 The massive tent Elon Musk decided to erect next to the actual factory to help boost Model 3 production.

The structure that some are calling the "Alien Dreadnought" sprung up almost overnight about a month ago. Inside is a very crude, yet seemingly effective assembly line for what appears to be the hugely popular Model 3.

The structure spans over 200 yards long and is partially open to the elements. While building code permits reveal a little information, no one knows if this structure is permanent or only going to be around temporarily.

In Musk's own words the structure is:

What we can confirm as fact is that Tesla has almost triple the inventory it needs for production including spare parts, assembly tools, and raw materials. Elon probably recognized this and decided to increase consumption of all of this inventory sitting on his books, all the while helping his cause to meet his self-imposed benchmark of 5,000 units a week.

Others don't quite see it as cheerfully. Twitter user "skabooshka" posted some drone footage showing just how crude assembly is inside the Dreadnought:

This is a manual line. Cars will be hand-built on the conveyor, which you can see in the right side of the tent. At the beginning of the line, a FORKLIFT (!) loads the frame onto the conveyor. This is the stone age of auto manufacturing. pic.twitter.com/OryE3Gmilr

Its described as "the stone age of auto manufacturing" and the footage reveals a forklift manually lowering car frames on to the assembly line and then driving several hundred yards away to return with another frame.

Where do the forklifted frames come from? Each needs to travel from the paint facility area. That's 1300+ meters crowded w/ garbage, defective car parts, discarded tooling, crates. The chaos is why forklifts at Tesla have caused worker injuries that have even led to amputation. pic.twitter.com/vhtuUFH08d

However, far be it from us to detract from something that may very well work, no matter how unglamorous it may be. If Tesla can indeed manage to boost production past its output requirement then the low-cost "Dreadnought" tent may prove to be a shrewd move in the end.

Tesla is expected to announce its crucial Q2 2018 results in a few weeks here in early August. Stay tuned for our in-depth coverage.