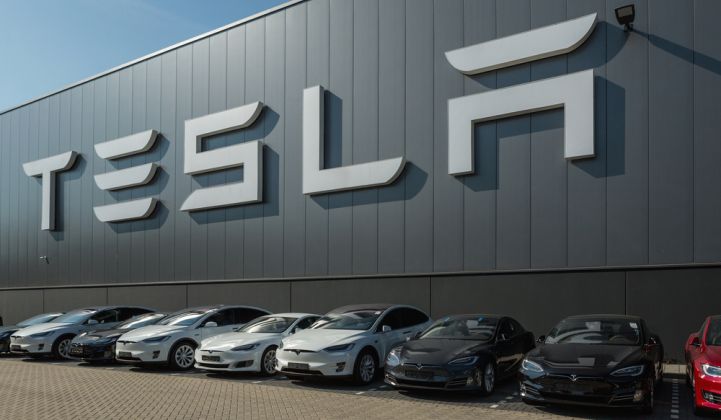 Last week authorities in Nevada confirmed that electric vehicle and renewable energy product manufacturer Tesla Inc will ramp down operations at the Nevada Gigafactory responsible for producing components for the Model 3. Tesla's decision followed Panasonic Corporation's move to suspend operations and disinfect the facility to ensure that workers do not catch the 2019 novel coronavirus (COVID-19) while performing their duties.

As a result of the decision, Tesla was confirmed to be reducing its workforce by 75% in response to county and state-wide measures, with the time duration of the reduction remaining unclear. Following these reports, earlier in the day today reports emerged suggesting that a Tesla employee at the Nevada Gigafactory had tested positive for COVID-19. In response, the Storey County administration is out with a statement.

As per the details, the County Manager's office of Storey county has not received confirmation so far that reports of a Tesla employee catching the coronavirus are valid. In the statement released today, Manager Austin Osborne says that his office's investigations in the matter have so far revealed no evidence that such reports highlight a case that is either "valid, presumptive, or actual."

Given the nature of the coronavirus, any reports of infection have now started to raise suspicion across the general public and authorities. The reason behind this is the fact that there is no guarantee for an individual to exhibit any symptoms of the disease after catching it, in a phenomenon medical authorities term as asymptomatic.

After taking a look at the statement below readers are reminded to keep in mind that while Mr. Osborne's office has not received any confirmation related to a Tesla employee testing positive for the coronavirus, this fact alone does not imply that such an infection has not taken place. 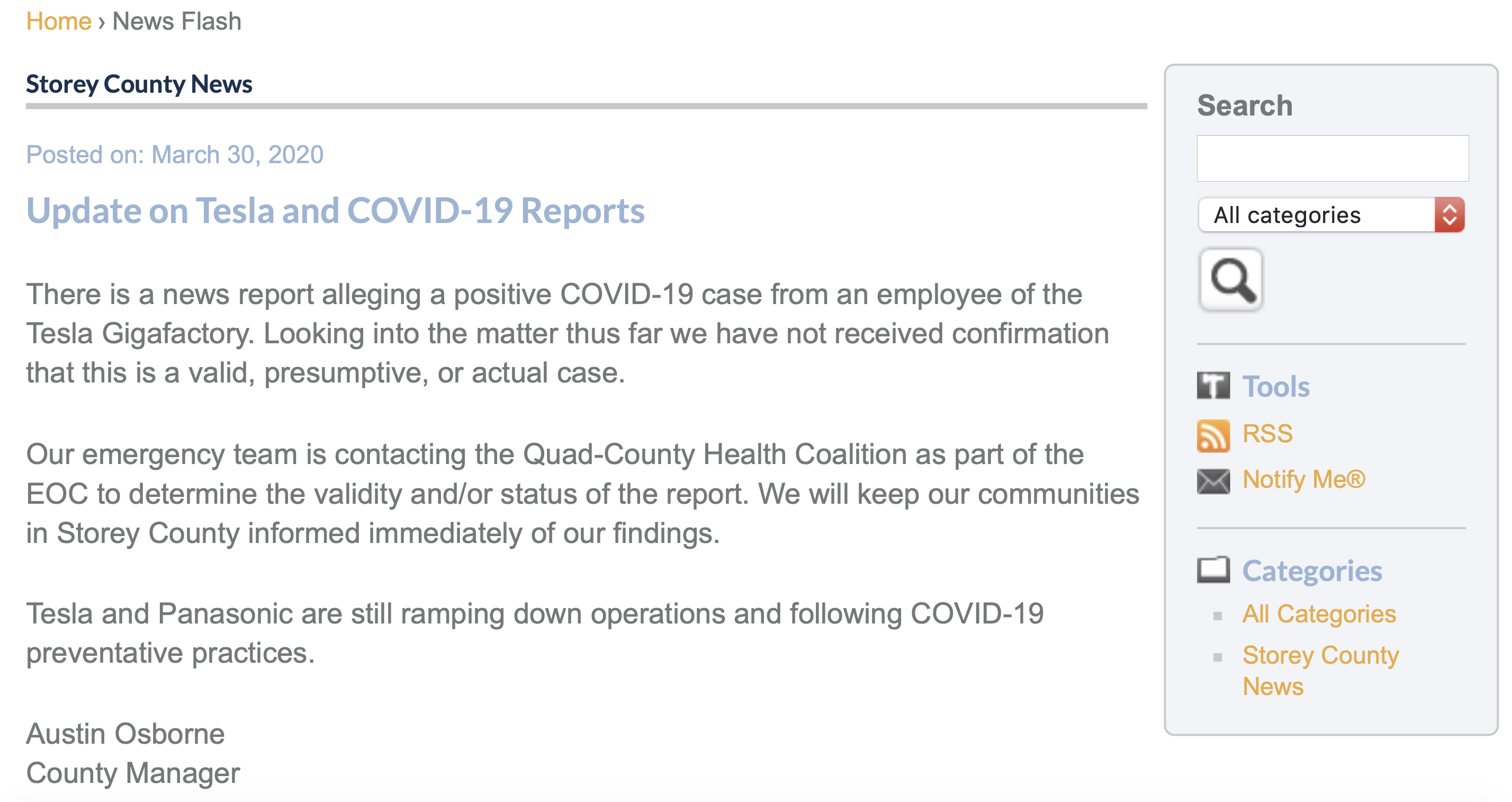 The statement made by Storey County's County Manager Austin Osborne.

Reports that claim such an occurrence use an email sent by Tesla's manufacturing partner Panasonic to employees. Ramping down operations at the present might also be on Tesla's books since components manufactured in the Nevada Gigafactory generally make their way to the company's plant in Fremont, California.

Storey county also confirms today that both companies are continuing to ramp down operations in the Nevada plant. No timeline for a full ramp-down is available to the public as of yet, but with public attention and resourced diverted to the coronavirus, Tesla has its work cut out for itself for the rest of this year.

The automaker is believed by many analysts to be unable to meet vehicle delivery targets set for 2020 end. Following the outbreak of COVID-19 in Wuhan, China, the East Asian country's electric vehicle market shrunk in February following province-wide lockdowns and transportation shutdowns across the country that sent workers home and pinched purchasing power.

COVID-19's presence in Europe is now believed to have hurt Tesla's sales in the far side of the Atlantic, and taking a look at current circumstances in the United States, the company should battle shrinking purchasing power.

Yet, in a small silver lining for Tesla, its employees and its investors, economic activity is reportedly picking up the pace in China. Why is this ray of hope small? The answer to this question lies in the fact that even though Chinese workers go back to their jobs, the global consumption glut ushered in by COVID-19 stimulated by the interconnectedness of today's economies carries with it the potential to reduce the number of Chinese products consumed by Western nations.