Tesla Shares Drop By Nearly $100 Minutes Before Market Close, Yet Gain 14% During Trading 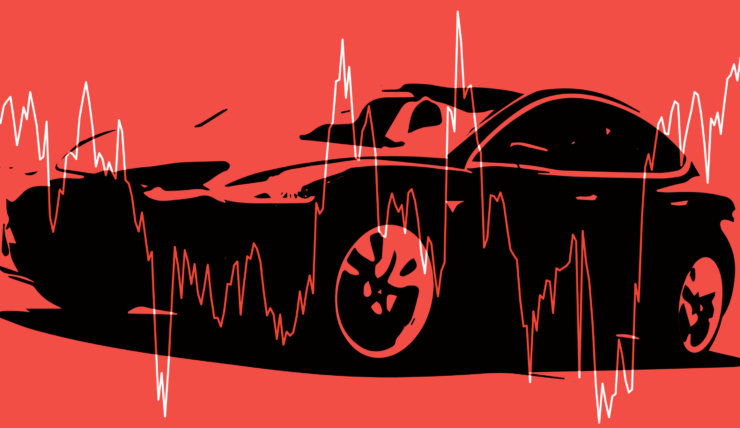 Alternative energy product and electric vehicle manufacturer Tesla Inc (NASDAQ:TSLA) has broken all of its previous records on the stock market this year. The stock has leaped forward by miles during yesterday and today's trading, as it gained more than $200 since Friday's and today's close. This momentous momentum is being dubbed by many as a bubble, and despite Tesla's short-sellers posting massive losses, it just might be the case that the share price comes crashing down.

At the start of trading today, Tesla opened at a share price of $882.96, and at the close of trading, the company now has a share price of $887.06, after having rocketed to a record high of $968.99 during the day. However, just as traders were about to wrap up their dealings for the day, it appears as if the new all-time high price for the stock isn't the day's biggest news. Instead, it's the drop that Tesla witnessed in the seven minutes between 3:47 pm and 3:54 pm Eastern Time today.

At 3:47 pm today, Tesla was trading at a share price of $961.51, just $7 short of its all-time high shared above. Then, the stock started to drop as either market correction or a large order made itself evident. Within seven minutes, the share price had dropped by $87.44, which, when divided by Tesla's current close, marks 10% of the stock price as of 4:00 pm. After plunging to $874, which is just $9 short of the day's lowest drop of $838 that took place three minutes after trading commenced, the stock then gained $5 and fluctuated before closing at $887.06.

This loss of momentum has continued in after-hours trading as Tesla's shares further dropped to $870 ten minutes after the day's end. However, they've gained since then, and at the time of writing, the company is trading for $898.00 during after hours, marking for a 1.23% gain over Tuesday's close. 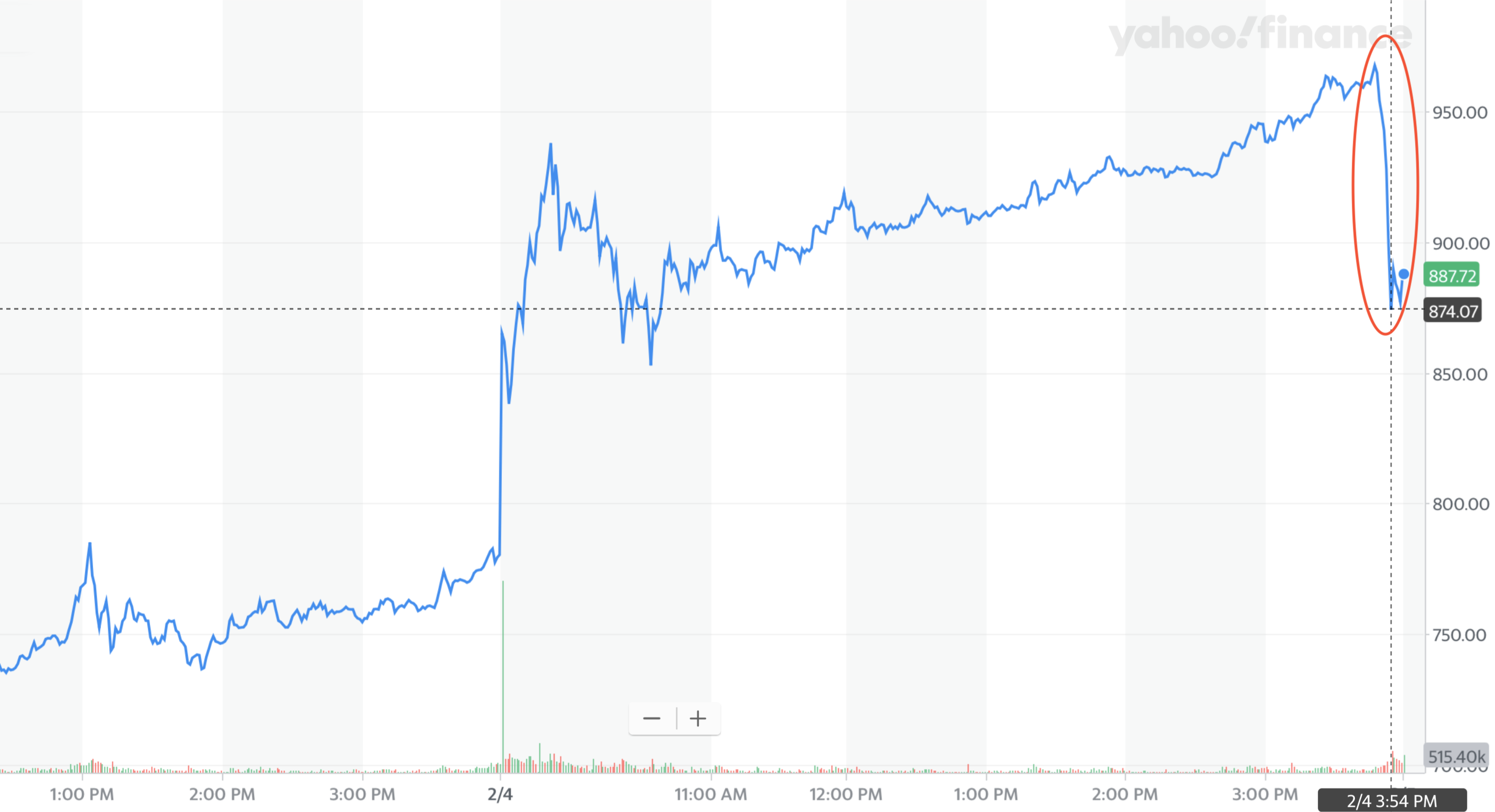 As markets closed today, 58 million Tesla shares had changed hands during the day, marking for approximately four times the stock's average daily trading volume. Tesla gained $104 during yesterday's trading and it has gained $106 during today's trading, in a run that's left many industry watchers confounded and seems to have been caused in part by active trading on Robinhood.

The massive run has also caused industry watchers to openly speculate that a massive correction is due at some point in time and that point is not far off in the future. Others, such as ARK Invest's Tasha Keeney believe that the best is yet to come for the company. Tasha raised her firm's Tesla price target four years from now in 2024 to $7,000 on Friday, making her estimate one of the most optimistic ones that you'll find on Wall Street for the time being.

It's also relevant to note at this point that the higher the stock price goes in a short period of time, the greater the window becomes for speculators to enter the field. So while Tesla's shorts have taken mindnumbing losses throughout the course of this year, we're certain that many of them will be itching to once again bet against the automaker. Additionally, the stock's recent run comes after Tesla's second profitable quarter following a considerable time period in the hallways of net losses.

If Elon Musk and Co. manage to keep up this trend of profitability, then maybe whispers of the company being inducted into the Standard and Poor 500 index will turn into reality. And if the stock has not corrected itself by then, then what new heights it'll reach is something no analyst should be willing to predict for the time being.