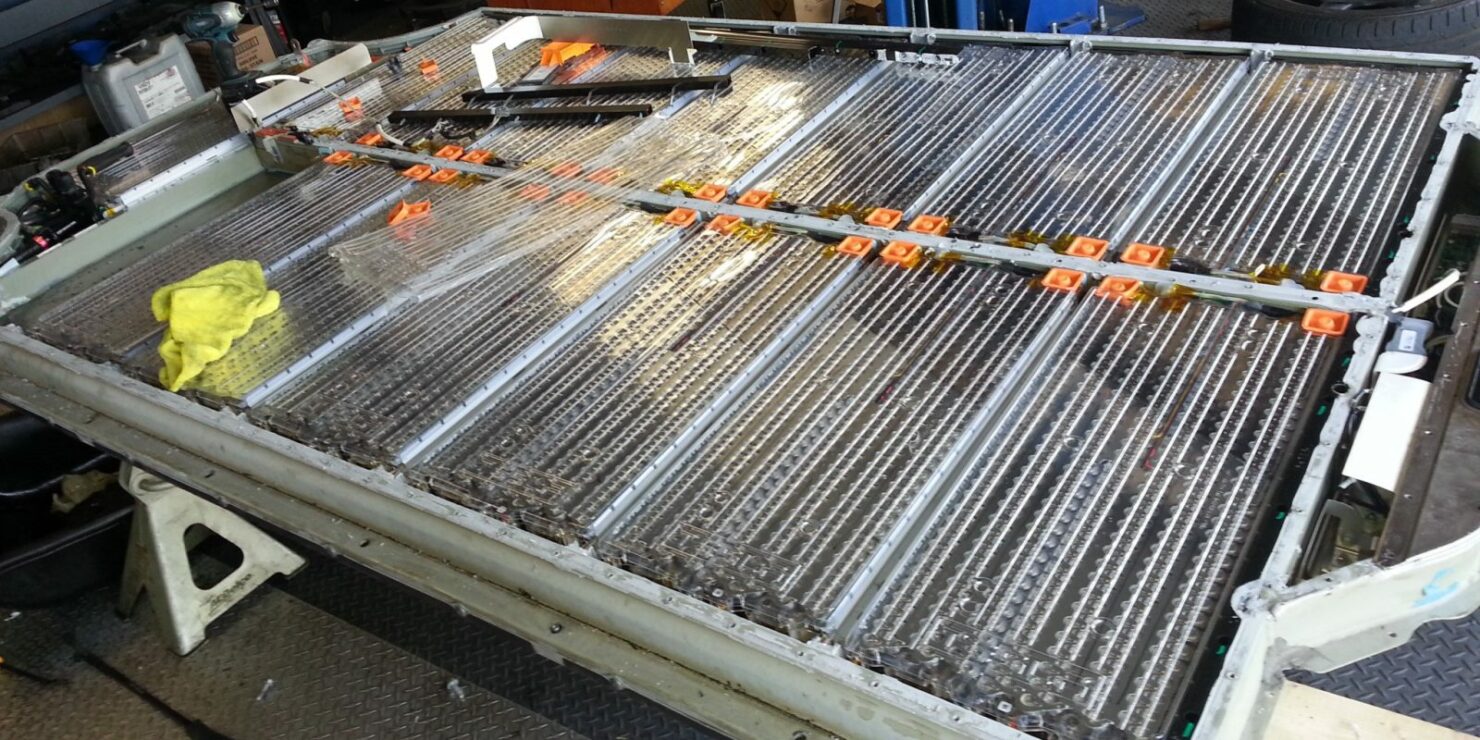 Electric vehicle and renewable energy products manufacturer Tesla Inc (NASDAQ:TSLA)might be on its way to officially start to let its customers replace their vehicles' batteries for recycling. The company has hinted at this possibility in its environmental report published at the start of this year and confirmed that it is constructing a battery recycling system in its Nevada Gigafactory.

A report that is making rounds on the Chinese social network Weibo claims that Tesla will add battery recycling to its support centers in the East Asian country. The rumors come after Tesla competitor NIO Inc announced that it would allow customers to save on the direct purchase price of their vehicle by allowing them to 'subscribe' to battery usage. This let the company bring down the price of its vehicles below the 300,000 Yuan subsidy limit of the Chinese government and made them competitiveNow,  with Tesla's Model 3 and Model Y.

Right now, if the battery on a Tesla needs replacement, a new pack will set customers back by anywhere between $3,000 to $7,000 as per comments made by the company's chief executive officer Mr. Elon Musk on social media. The company's batteries have a range of 300,000 - 500,000 kilometers and given that the average annual mileage of a passenger vehicle in the United States is roughly 26,000 kilometers according to the Department of Energy, most users are unlikely to require a replacement anytime soon if they purchase a new Tesla.

The costs of this replacement should be lower in China given the concentration of supply chains and manufacturing facilities in the East. Now, according to the Weibo rumor, Tesla might be looking to allow its users to recycle their batteries to extend the life and range of their vehicles.

This report mentions the same details that Tesla has previously provided about the materials used inside its batteries. It reiterates that several materials inside a battery are often available for reuse at the end of its lifecycle, and by recycling them, Tesla will be able to extract them for reuse. 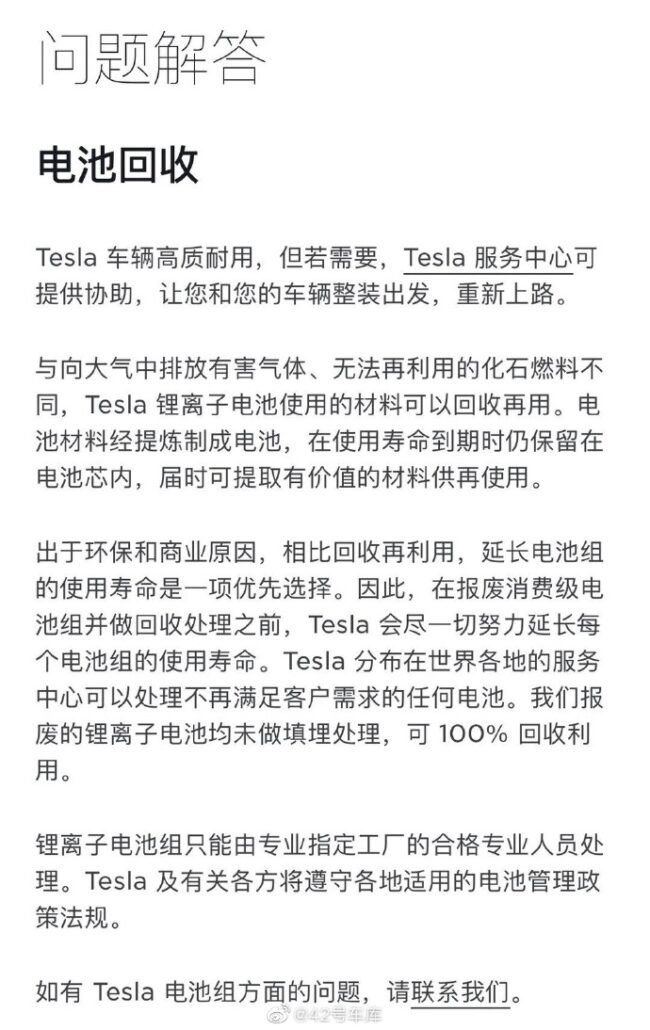 Screengrab of the report from Weibo that cites Tesla to claim that the company will allow its service centers to recycle batteries. The report has been spotted by Twitter user @DKurac

However, the note also goes on to state that the company's priority will remain to extend the lifetimes of the batteries before it recycles them. It cites economic and environmental reasons behind this decision and states that any of its scrap batteries that have not been scrapped can be fully (100%) recycled.

The note provides no details about the conditions that a battery must meet before Tesla deems it acceptable for recycling. This will likely prove to be a point of contention between the company and its customers, with differences in opinion related to the parameters likely to surface.

Nevertheless, this decision, if true, will allow Tesla to significantly save up on battery manufacturing costs in the long-term. In addition to using lithium-ion (which is depleted over the course of its lifetime), a battery also uses other materials such as gold, nickel and aluminum. These can be reused once a pack is recycled and therefore end up saving the company procurement, transportation and raw material costs for sourcing them brand new for manufacturing new battery packs.

Saving up on costs will give Tesla a leg up in China, whose electric vehicle industry is witnessing a flurry of startups starts to take root. Tesla's competitors such as NIO Inc, XPeng, Li Auto and others have started to deliver their vehicles to customers and post solid balance sheet performance even as the world recovers from the economic disruption that has been in place for a good part of 2020.