What The Future Holds for Tesla's Self-Driving Ambitions 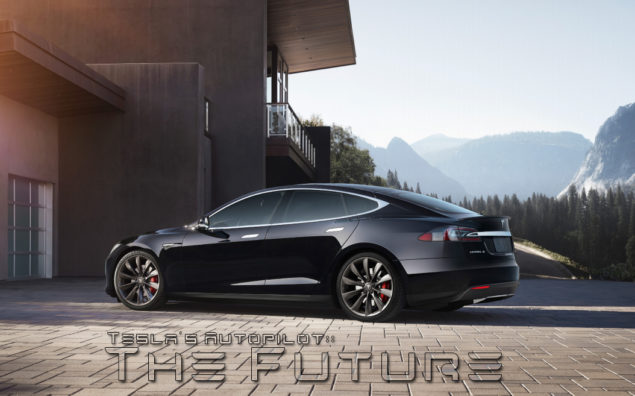 I am sure most of our readers will have seen the video of the amazing Tesla save in which the car engages Automatic Emergency Braking, successfully averting a head on collision that most humans would have been unable to avoid. This is probably a very good example of what Elon Musk was talking about when he stated that human drivers could be very well banned in the future - an accident was averted because a human was not in control. To be fair to humans however, there are various scenarios in which an AI powered car would be completely incapable to respond but a human would be able to. While most of us would enjoy Self-Driving functionality, the painted future where human driving is banned - is frankly, a little scary.

Talking on concrete grounds, and looking at the exponential increase in processing capabilities and progress being made in "leaps and bounds" (to quote Mobileye) it looks like the first hints of fully autonomous driving might be here by 2018. Tesla, in conjunction with Mobileye, has been a pioneer in bringing self-driving capabilities to the roads - taking the step that most manufacturers hesitated to take for fear of legal embitterment. In the parameters that these systems are configured for, they are without a doubt, much safer than a human driver. However, fully autonomous driving involves catering for 100% of the sample size of scenario; and while modern cars have proven to be more than capable of semi-autonomous driving, full autonomy is a whole different ball game  and quite a long time off.

Slides from Nvidia's presentation at GTC 2014 showing a drawing of something that looks like a Tesla.

As far as the future of the hardware goes, as I mentioned before, Mobileye's next chip - the EyeQ4 has yet to get a design win from Tesla. Although it has the highest chance to do so than any other alternative. Elon Musk has also been very active in Nvidia presentations. This means that there is a possibility that the future Teslas could very well be powered by green. A single vendor solution would have its benefits as opposed to hybrid system that Tesla is currently using. Ofcourse it is also equally likely that Tesla will simply use Nvidia based solutions for redundancy and added features on top of the Mobileye setup - something that should ensure higher safety once we go towards fully autonomous vehicles. Needless to say, I am speculating here, since it is just as likely that the exact same setup remains with just added sensors and an upgrade to EyeQ4.

I think that pretty much covers everything. We are finally seeing the first vestiges of something resembling the promised future. Where cars are fully autonomous and manual driving is frowned upon. We are also slowly but steadily moving towards a point in time where human driving will be outlawed or heavily restricted - the only question that has yet to be answered is when. DNNs are becoming more and more precise and the massive leap between progressive generations will quickly result in the day where it would be very hard to distinguish a DNN based intelligence from a true human intellect. That time is still very far away, but without a shadow of a doubt, it is coming. And on that (hopefully) ominous note, I would like to end this editorial.