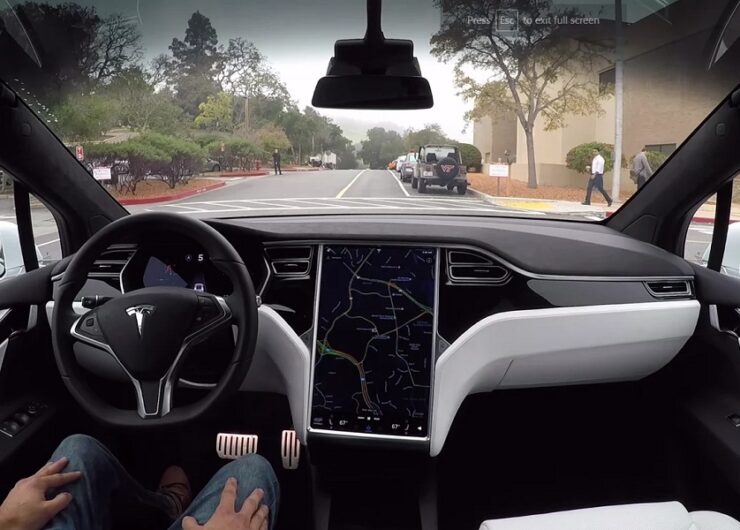 Last year in September, Tesla introduced the Autopilot 8.0, which came with a bunch of updates, including an upgrade from simple cameras to radar sensors. These radar sensors were brilliant in the sense that they could better see ahead than cameras. These updates were available for all Model X and Model S cars.

These radars just saved a life...

Apparently, these radars can now “bounce” their beam under a vehicle and can shorten the response time in case of a potential hazard. And guess what? It worked! The following footage was taken by the integrated dashcam from a Model X on the A2 near Eindhoven in the Netherlands, just a few seconds before the accident occurred between the Opel Corsa and the black SUV.

Literally, two seconds before the accident's occurrence, the driver received an audio notification from the Forward Collision Warning alerting him of the proceeding danger.

What is even more amazing is that not only was the Autopilot able to alert the driver beforehand, it also applied the safety brakes for him just in time, preventing him from imminent death. Thankfully there were no serious injuries, according to reports.

You can see the video for yourself below.

We owe it to the Tesla Autopilot Radar update

This heroic act of the Model X is due to the radar updates sent out earlier this year. It is to be noted that when the Autopilot 8.0 was introduced, the radar sensors did not exactly work in coordination with the vehicle’s visual sensors. It actually confused a truck’s broad side for a road sign. And this very flaw was responsible for the fatal car accident earlier this year. If this was not enough for Tesla to take action, then what would have?

Thus, Tesla gave Autopilot an updated driver’s assistance with a more powerful machine learning technology, enabling its radars to work well with the other sensors. These updates enable the radars to assemble a 3D picture of the world, informing the Autopilot system for a much better navigation of streets. All of these updates combined ensure passenger safety to the fullest.

Of course, there is no such thing as perfect safety, as Elon Musk put it. But this very incident is enough to put Tesla’s Autopilot in the good books of many users who were dissatisfied with the vehicle’s flaws after its release last year.