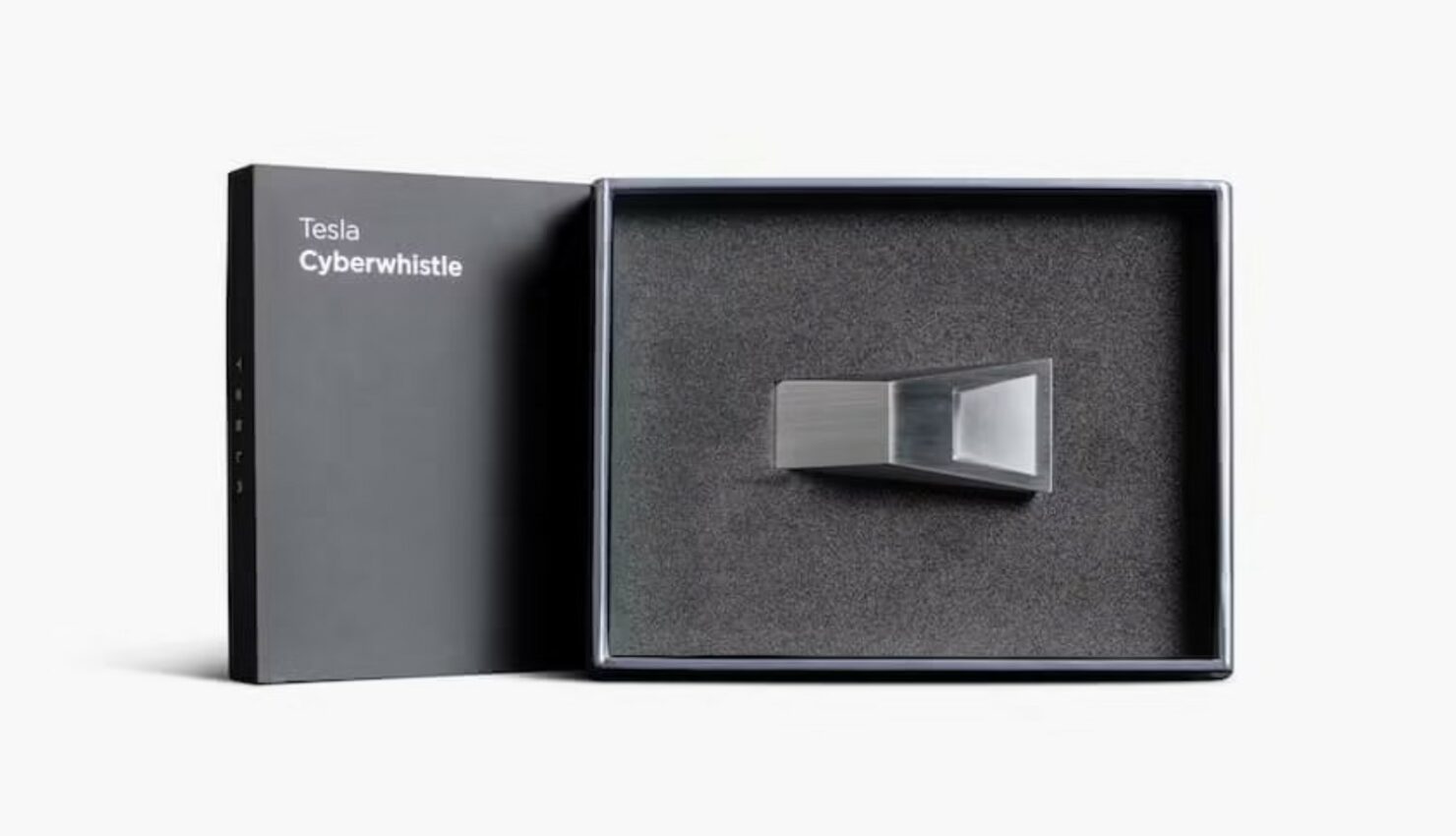 Apple announced the new M1 Pro and M1 Max-powered 14-inch and 16-inch MacBook Pro models in October. Alongside the new and improved machines, the highlight of the event was the $19 Apple-branded Polishing Cloth. Seemingly, the cleaning cloth was so popular that orders faced delays until late January. With that said, Tesla has now launched an overpriced accessory, calling it the "Cyberwhistle." Scroll down to read more details on the subject.

The new Cyberwhistle was announced by Tesla CEO Elon Musk on Twitter on Tuesday. He invited his followers to "blow the whistle on Tesla." In terms of design, the Cyberwhistle is inspired by the company's upcoming Cybertruck. This is how the company explains it.

Inspired by Cybertruck, the limited-edition Cyberwhistle is a premium collectible made from medical-grade stainless steel with a polished finish. The whistle includes an integrated attachment feature for added versatility.

After announcing the Cyberwhistle on Twitter, CEO Musk followed back on his original Tweet with a direct jab at Apple: “Don’t waste your money on that silly Apple Cloth, buy our whistle instead!” The accessory is merely a whistle with no superpowers but we have to admit that it looks great. The limited-edition accessory is available on Tesla's website for $50. The ironic thing is that you can buy and check out with Apple.

At this point in time, we are not familiar with the shipping details but users who have ordered the Cyberwhistle are already selling it on eBay for a lot more than it originally costs. While Tesla's Cybertruck launch is far at this point, we suspect the Cyberwhistle will arrive before it.

Apple's $19 Cleaning Cloth could be considered a joke and Elon Musk spared no time in taking the opportunity. Have you bought the new Tesla Cyberwhistle? Let us know your thoughts in the comments.