Temtem is a game that I've been looking forward to for at least a little while. The concept of a Pokémon MMO is something I've been clamouring for a while now. When I got to try out the closed alpha stage, which I previewed just under two weeks ago, my thoughts that it may be good proved to be well-founded even at that early stage.

It also seems that there are far more than me who have been clamouring for Temtem and the idea of an MMO Pokémon game. The early access launched just twenty-five minutes ago and while I launched the game at exactly 18:00GMT, the launch time of the servers, it seems they are already stressed far beyond what Crema and Humble Bundle expected. A friend of mine who found themselves unable to do anything within the game due to the stress on the servers exited and tried to re-join, finding themselves in a somewhat sizable queue. 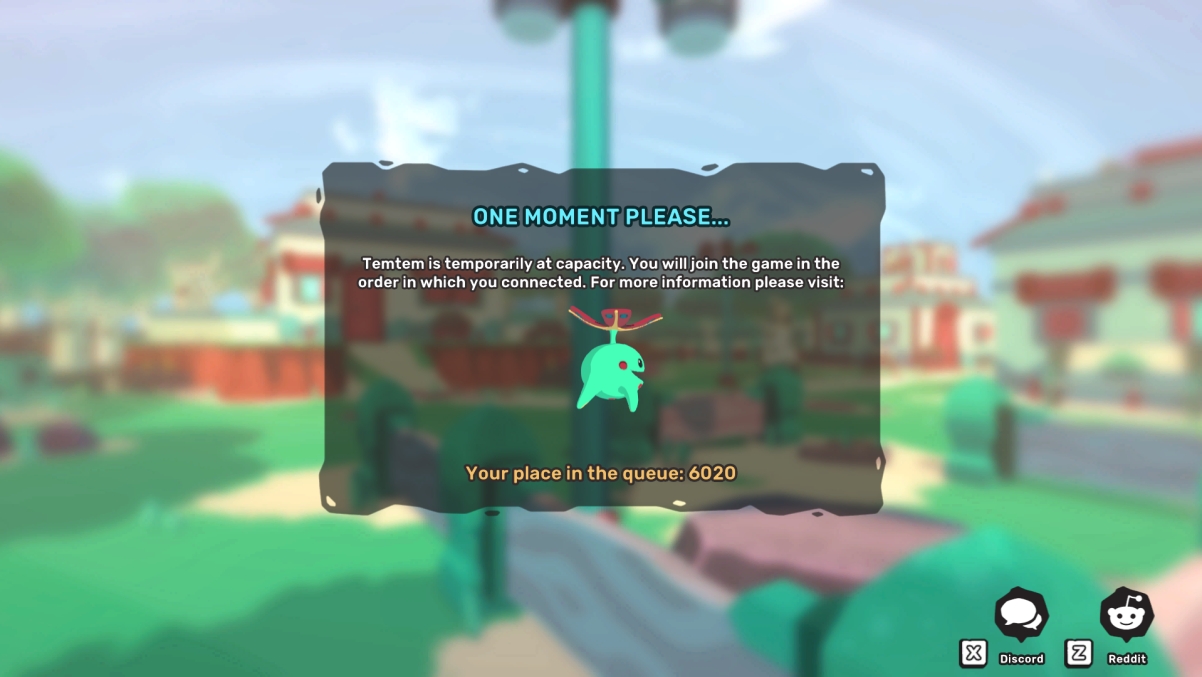 Despite there being three queue-laden stress-tests over the past two weeks, it seems that the demand for Temtem is much higher than even those tests indicated. With queues of over six thousand people, the wait to get into Temtem, as well as the lag spikes that occur while playing it are significant.

As of the time of writing, the peak number of players of Temtem, as shown on Steam, is 23094. With Temtem only running through Steam (copies sold via Humble Bundle store activate on Steam) this can be seen as an accurate indicator. This isn't Diablo III, World of Warcraft, SimCity or any other huge-named AAA title, so some server issues and even the developers and publishers acting on the conservative side can be expected.

All of this shows that Temtem is already starting with a thriving community and it has the potential to build into so much more. For now, you'll find me in Temtem - slowly waiting for my Temtem to fly off their attacks. Fortunately, the developers are well aware of the problem and have indicated that they are taking action to resolve the problems.

Edit: Twenty minutes after checking those numbers, the number of players has grown by two-thousand to 24,743 and I'm now personally sat in a queue of over 9,000! Good things come to those who wait.