Tekken Revolution has just been announced by Namco Bandai as a free to play fighting game exclusively for the PlayStation 3, The the wait for the game won't be long as the release date has been pegged for June 11th, 2013. Considering the long and valuable history of the 20 or so Tekken Games, this is a really good gesture on Namco's end to help further promote their brand (even though everyone and their mother already knows about Tekken) but at least, another free to play game joins the PS3's expansive library. 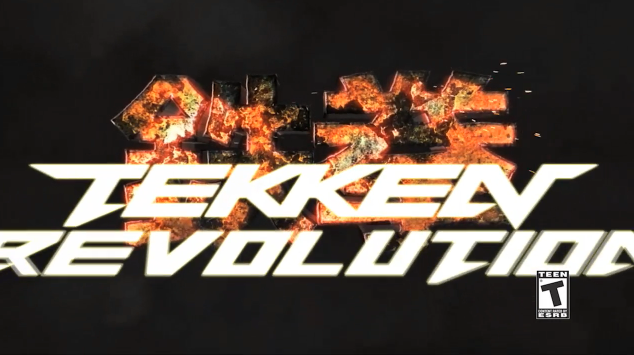 Tekken Revolution is coming in a few days for the PlayStation 3, Are you ready for the Iron Fist Tournament? Everyone's invited!

Tekken Revolution has just been announced by Namco Bandai a few hours ago, it will go on to join the already free to play games on the PlayStation 3 such as Dust 514 and Dead or Alive 5: Ultimate, the latter is also a fighting game that is coming to the PlayStation 3.

Currently, there are no details surrounding Tekken Revolution but of course we can anticipate series favorites such as Law, Paul, Kazuya, Jin etc.

It's good that these developers are taking an added initiative to help promote their games to new audiences and hopefully the game will have enough goodies to keep the players coming back for more! For now at least, I am eager to see what more awaits us at this coming E3.

The Trailer is short and simple but it does at least help give you a fair idea of the players and stages you can play in.