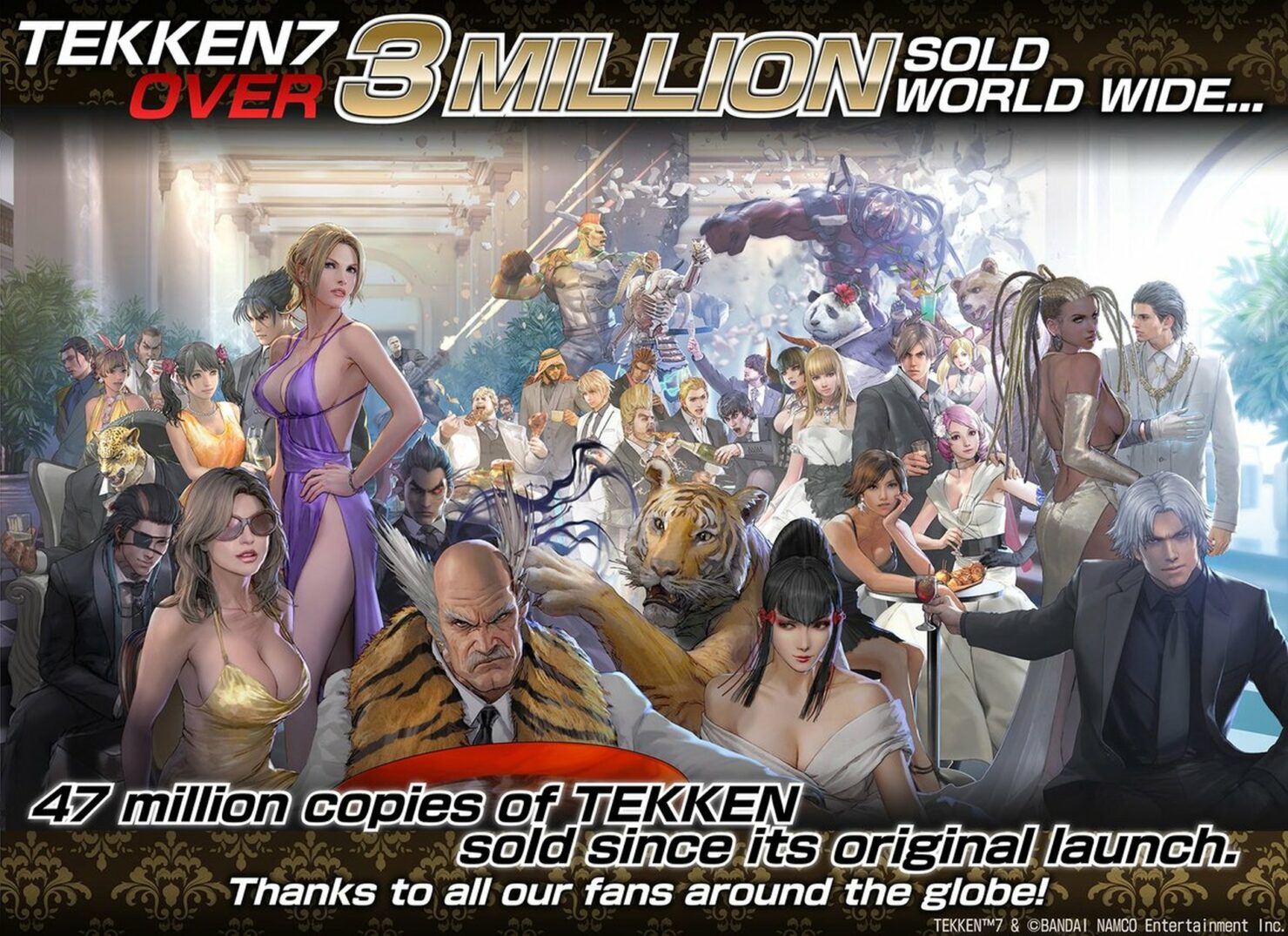 Tekken 7, the latest installment in the historic series of fighting games made by Bandai Namco, now surpassed three million units sold worldwide across all platforms (PC, PlayStation 4, Xbox One). This brings the cumulative franchise sales for Tekken to over 47 million units.

Game Director Katsuhiro Harada announced as much via Twitter.

“Celebration illustration”. TEKKEN7 had achieved Over 3million sales before one year passed from release, but there was no timing to upload this (That’s why there is no Anna, Lei..). We recorded over 47million copies sales for the series. Thanks for supporting us! #TEKKEN

Tekken 7 launched in June 2017 and Dave acclaimed it as the 'possibly the best Tekken has ever been'.

Tekken 7’s wonderfully weighty and skillful combat is so satisfying to learn it’s almost impossible not to recommend. Awkwardly mashing out inefficient combos when you first start playing slowly morphs into a careful game of footsies and anticipation, and there are moments of true elation when combos you’ve been working on diligently in Practice mode get their moment to shine against a real player, as you juggle them across the stage before bashing them against a wall.

However, a new competitor just entered the market and funnily enough it comes from Bandai Namco as well. Obviously, I'm referring to Soulcalibur VI, out now on PC, PlayStation 4 and Xbox One.

Will you play SCVI or keep climbing the ranks in Tekken 7? Tell us in the comments!