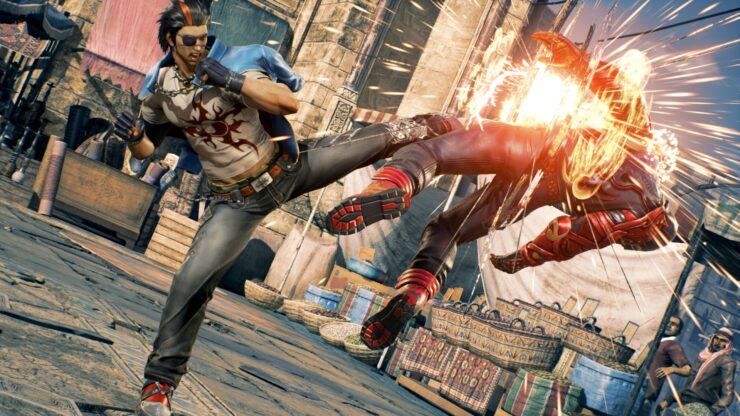 Earlier today, Bandai Namco hosted the Tekken 7 King of the Iron Fist Tournament 2016 Global Finals, and the publisher took advantage of the occasion to make a couple of announcement regarding the PC and console release of the game that will be coming early next year in all regions.

Today, it's been confirmed that Kuma and Panda from previous Tekken games will be making a comeback in the PC and home console release of Tekken 7. Unlike the past, the two characters will be separate and they will have their own unique Rage Arts.

Today, another addition that will be exclusive to the PC and console release of Tekken 7 has been confirmed. Thanks to the Online Tournament mode, players will be able to participate in 8 players online tournaments, with the mode featuring a full spectating mode and chat.

Two months back, Bandai Namco confirmed that another returning character, Miguel, will be included in Tekken 7. With so many different characters using diverse fighting styles, all players will surely find the character that fits their play style best.

Despite the game launching on multiple platforms, it seems like cross-platform play won’t be happening due to a variety of reasons. Katsuhiro Harada himself revealed that potential security risks and the perceived reputation of PC gamers being cheaters are among the reasons it may not be possible to offer cross-platform play.

It’s not a matter of the technology for getting the PS4/XB1/PC players to match up against each other being the issue, but rather first party company policies and potential security risks alongside the community perceived reputation of PC gamers being cheaters that is hindering the decision to allow cross platform play.

Tekken 7 launches early next year in all regions on PC, PlayStation 4 and Xbox One. We will let you know more about the game's release date as soon as possible, so stay tuned for more.