Tekken 7 Fated Retribution Might Be A PlayStation 4 Exclusive Release

During last year's Paris Games Week, Bandai Namco has confirmed that Tekken 7, the latest entry of its popular fighting game series, is going to be released sometime during 2016 on home systems. The fact that the Xbox One system hasn't been mentioned in the official press seemed to hint that the game will eventually be released exclusively on PlayStation 4, and what a member of the team has recently revealed suggests that this is somewhat likely. 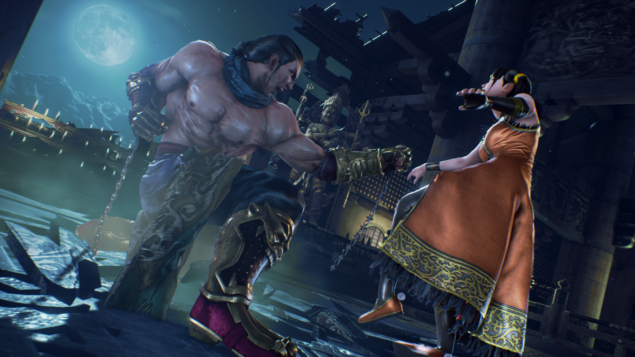 In a new Tekken 7 Fated Retribution showcasing event held during last weekend's Final Round, Bandai Namco's Michael Murray has talked about the game, its possible release date, game mechanics and more. While discussing the game, Mr. Murray sounds unsure about platforms, mentioning that they have had some behind the scene talks with Sony, with more to be announced at a later time. He was also not referring to the game's PlayStation VR exclusive content, which has been revealed a while back, so it's definitely something entirely new. Ultimately, it will be up to management if the game will also be released on Xbox One, as the team would love to have the game on Microsoft's console. You can hear more about the matter by going at around the 18:20 mark of the video below.

Tekken 7 Fated Retribution has received more gameplay footage a few weeks ago, showcasing the Street Fighter series guest character Akuma. The character is the only guest character the team has currently planned, as series creator Katsuhiro Harada doesn't like that much due to the fact that they disrupt the Tekken's world balance. Akuma, however, fitted right in, so the team was happy about his inclusion.

Tekken 7 Fated Retribution will be released on a yet to be confirmed release date on home systems. We will let you know about the PlayStation 4 exclusivity as soon as more comes in on it so stay tuned for all the latest news.