A mere week before the start of the Tokyo Game Show, Bandai Namco has put up a teaser site for what could be a new game that's looks to be tentatively titled 'City Shrouded in Shadow 'Granzella''. 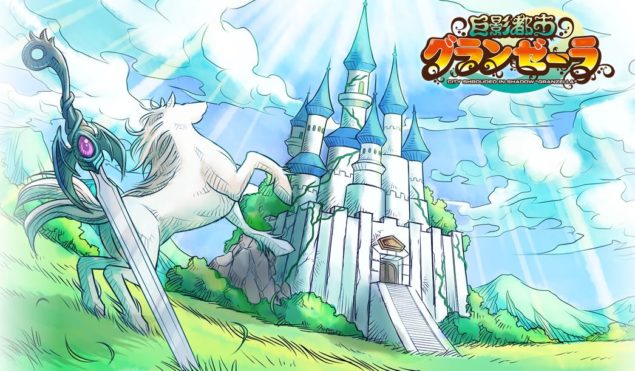 A stylized sword, a horse and a castle give an artistic sneak peak into a new Bandai Namco franchise.

Interestingly the title is also in English, hinting towards the possibility of a western release at some point. Perhaps the art is indicative of a new action/adventure franchise or even a side-scrolling adventure. The hope, perhaps, is that it's not mobile only, as some companies seem to be drawn to the potential profits there as a primary focus of their development efforts.

Bandai Namco has seemed to always embrace trying to bring new experiences to gaming. 2009's Food Network: Cook or be Cooked exemplifies their willingness to experiment and also to learn from any mistakes. Though Soul Calibur: Lost Swords is closing it's doors, there is an opportunity for learning hidden among the failure.

The Tokyo Game Show is coming up next weekend, running from September 17th through the 18th for exhibitors and press only and is open to the public on the 19th and the 20th. It's a very large and important event for gaming. It doesn't quite have the public reach as, say, E3 or Gamescom, however the Japanese gaming industry tends to announce some very exciting things.

Can you guess what the new IP will be?