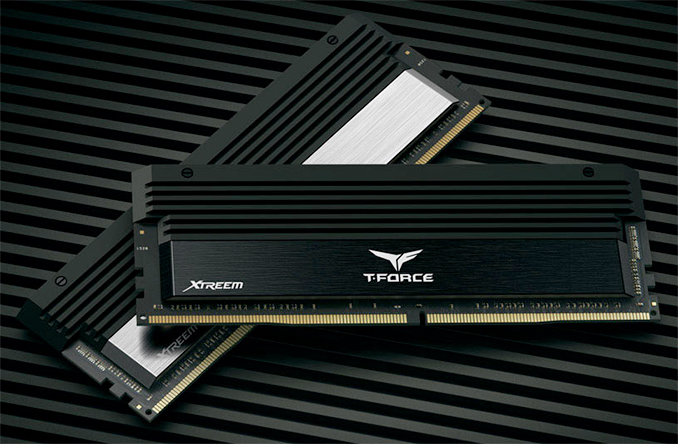 The T-Force Delta R RGB SSD is known for being one of the brightest and most colorful SSDs on the market. It has the largest ratio of luminous area (read lighty up bits) this is the main draw in for these drives, performance isn't listed but it should be somewhere in the mid tier SATA drive performance, the lighting has a built-in rainbow mixed color effect and uses a USB 9 pin header. It's also a slightly larger 9.5mm in height than slim drives built for laptops though I would imagine most people wouldn't buy an RGB SSD to hide in inside a laptop. 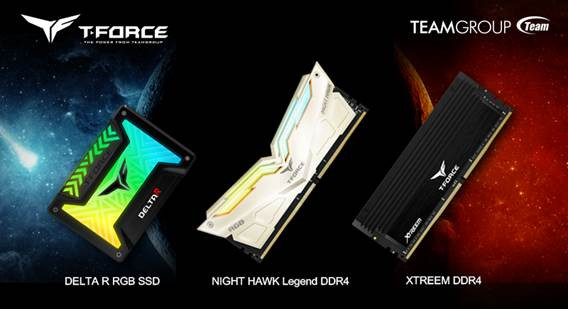 T-Force's Xtreem DDR4-4300MHz and 4500MHz kits are aimed at enthusiast overclockers and while the CAS latency seems high most kits with speed this high pushes for higher CAS Latency. Most kits at over 4000MHz are hitting a CL19, so this is quite good for the hard core overclocker. These kits feature timings of CL18-20-20-44 at a rather high 1.45V, these kits use their specially designed 10-layer PCBs with some of Samsungs best B-die DRAM chips for running at these extreme speeds.

The kits support XMP 2.0 SPD as you would expect for easier setup for subtimings, and Teamgroup has decided to go with their aluminum heat spreaders for their cooling solution which seems beefy and should get the job done.

They have also announced their T-Force Night Hawk RGB models will be available in white, they are calling the new model the Nght Hawk RGB Legend. It will come in DDR4 3200MHz and 3466MHz, both kits will come in dual channel 16GB kits and are aimed at a more mainstream high performance gaming market along with their RGB functionality.