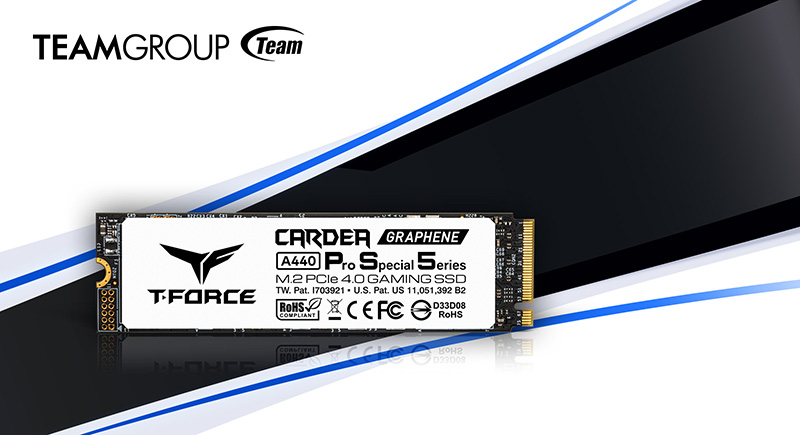 TEAMGROUP's T-FORCE gaming brand offers "the industry's first-ever white graphene heat sink." The M.2 PCIe4.0 SSD will allow users to reach read/write speeds as high as 7400/7000 megabytes per second and will allow for up to eight terabytes of PS5 storage. TEAMGROUP has ensured that the T-FORCE CARDEA A4400 Pro Special Series M.2 SSD will meet Sony's specifications for the PS5 as far as read/write speeds, heat sink measurements, and capacity support, allowing for PS5 gamers easy installation for efficient storage needs. 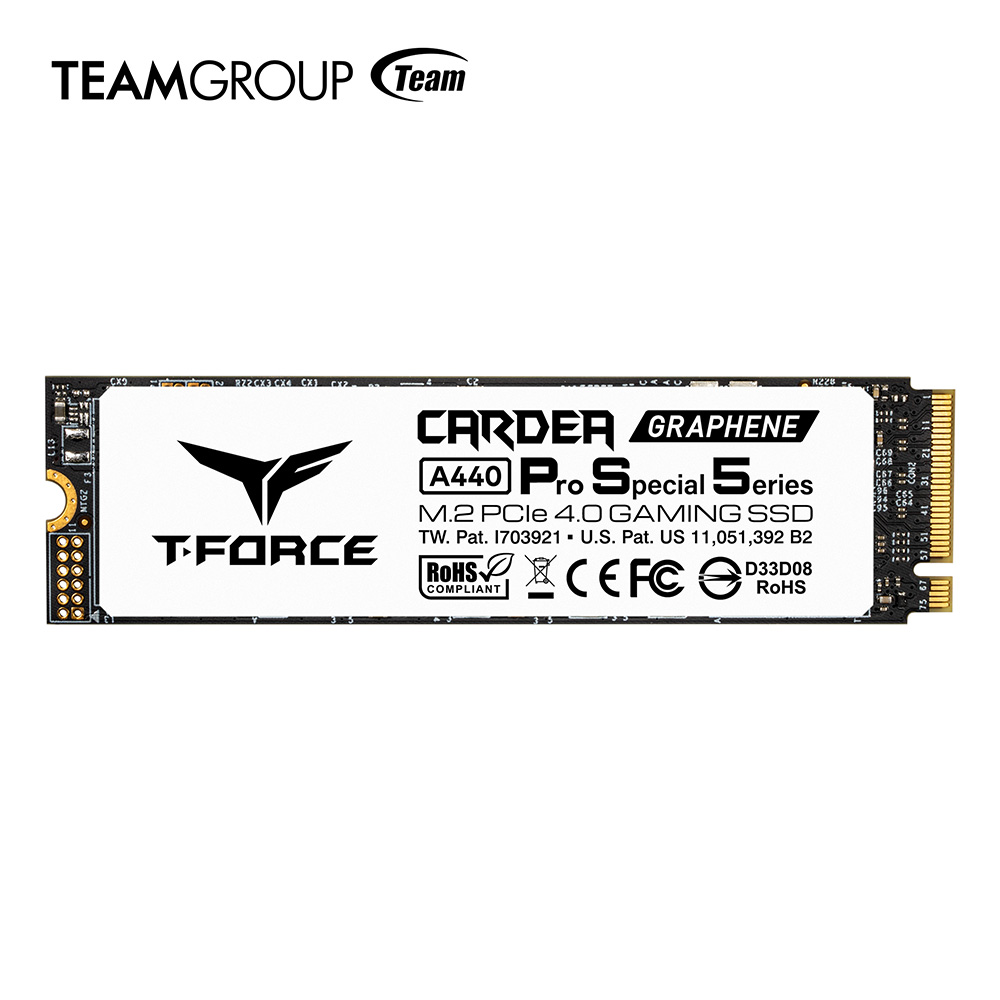 TEAMGROUP's graphene heat sink technology is created in-house and offers advanced patent technology (Taiwan Patent No.: I703921 & China Patent No.: CN 211019739 U) that was thoroughly researched and developed to integrate products of different characteristics. The company was recently awarded a U.S. Invention Patent (US Patent No.: US 11,051,392 B2) for use for North American PS5 users. The company's choice for the all-white heatsink was to match the aesthetic nature of the PS5 system.