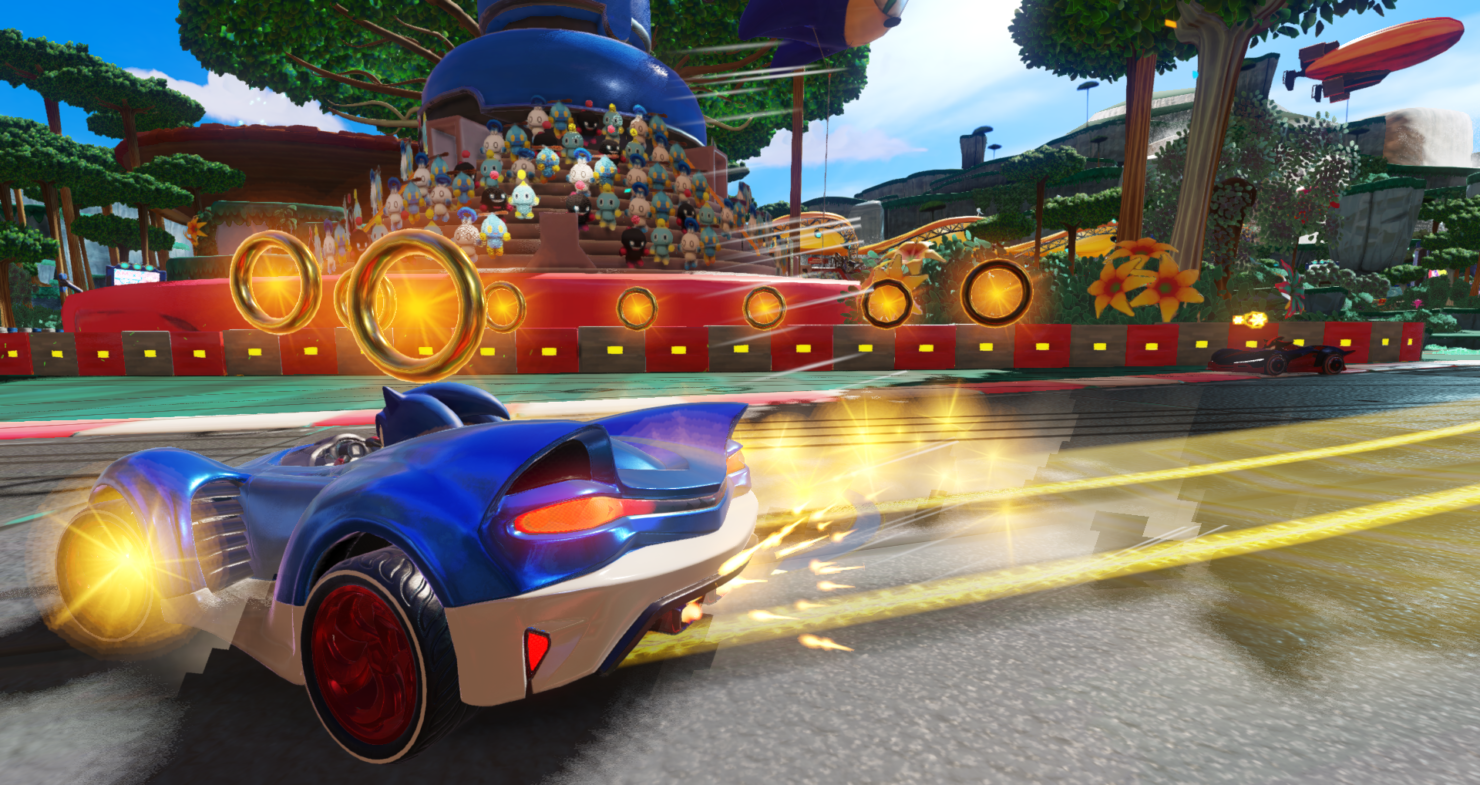 The official press release shared a reveal trailer as well as a release window (this Winter).

Team Sonic Racing has been just leaked by Walmart (yes, them again) ahead of the likely official reveal later today. A new racing game had been rumored for quite a while after the successful Sonic & All-Stars Racing Transformed and now we've got confirmation for it, alongside the first screenshots.

So far, this listing only confirms a Nintendo Switch release. However, it's fair to expect the game to launch on PC, PlayStation 4 and Xbox One as well. The current release date is a placeholder, though (December 31st, 2018). Chances are the game will be playable at E3 2018 and if that's the case, expect a full report from our team on site.

Team Sonic Racing combines the best elements of arcade and fast-paced competitive style racing as you face-off with friends in intense multiplayer racing. Race together and work together as a team by sharing power-ups and speed boosts. Take control of your racing style - Choose from 3 distinct character types and unlock game-changing vehicle customization options to suit your racing style. Speed up. Gear Up Team Racing at Sonic Speed!