Valve has released a new update for its successful online First Person Shooter "Team Fortress 2". The update brings in alot of new features which include the a new replay system which allows players to record videos on "Replay Enabled Servers" and Edit them through the main menu tab. The videos can be posted directly on YouTube earning you fame. 😀 Check out the video of below:

Along with this, The update also brings in the Annual Saxxy Awards which will be held each year and 20 awards would be awarded to players who post the best edited videos from their Team Fortress 2 game. Anybody who plays TF2 can post a video from upto 20 categories to participate in. We have mentioned the categories at the end. The player with the best videos from each category will be awarded the Saxxy wards. But that's not it, If your video reached a 1000 views on youtube you'll be awarded a free hat.

The update other than including fixes comes with new achievements, 10 brand new hats and spending a few time editing your videos will earn you a set of related taunts. Following are the list of categories to compete in:

As pointed out on the official TF2 blog: "You're only limited... by your imagination. Also by length, because if you think we're sitting through hundreds of hours-long submissions, guess again, Scorsese." Basically, they want you to keep your creations less than one minute and record them in at least 720p.

You'll have to submit your entry on YouTube by May 18th. So get started all of you Tf2 players and if you don't own the game, you can get it off steam for a price of 9.99$ here.

Here's how the updated menu looks like along with a look at the new hats. 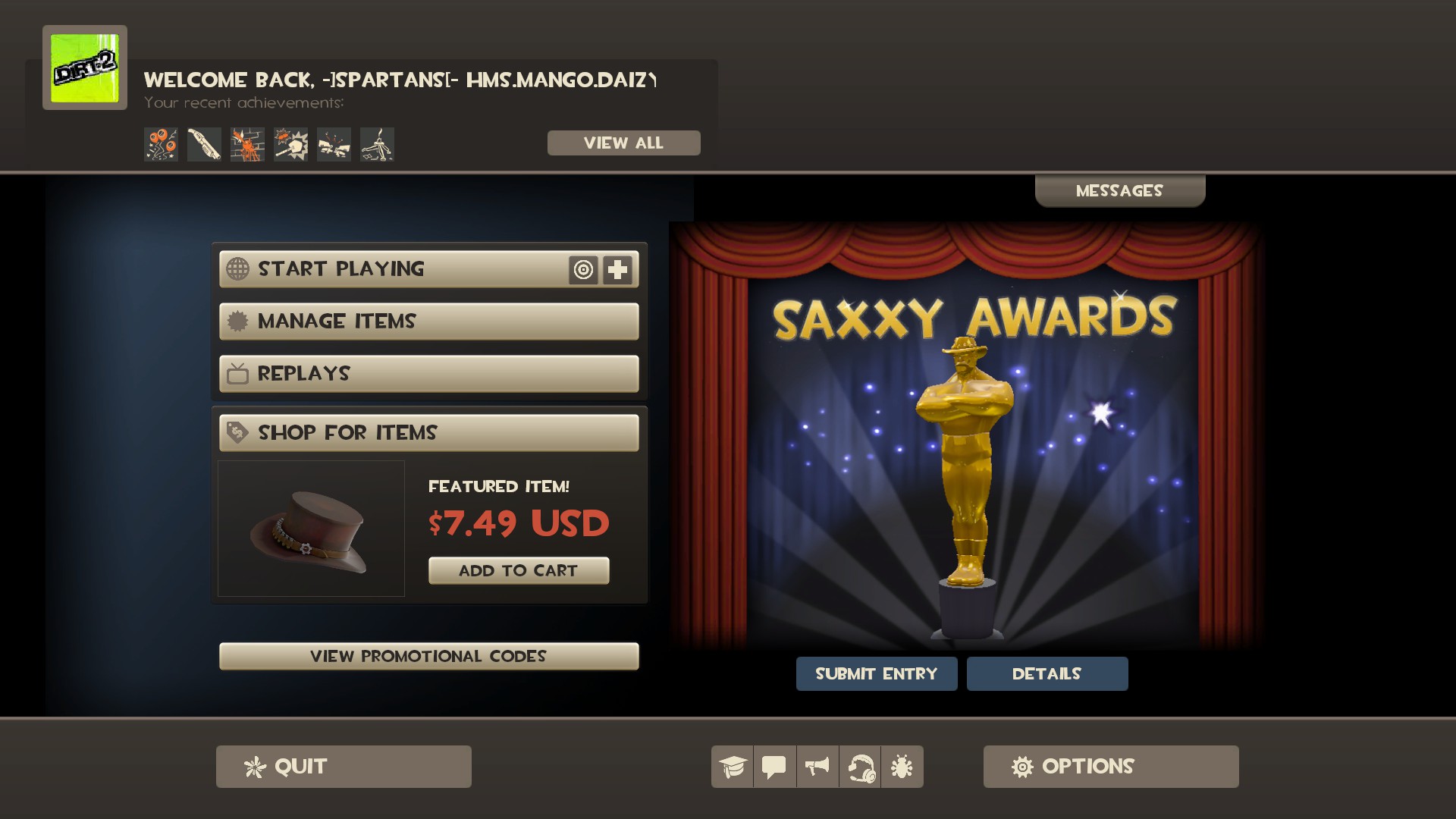 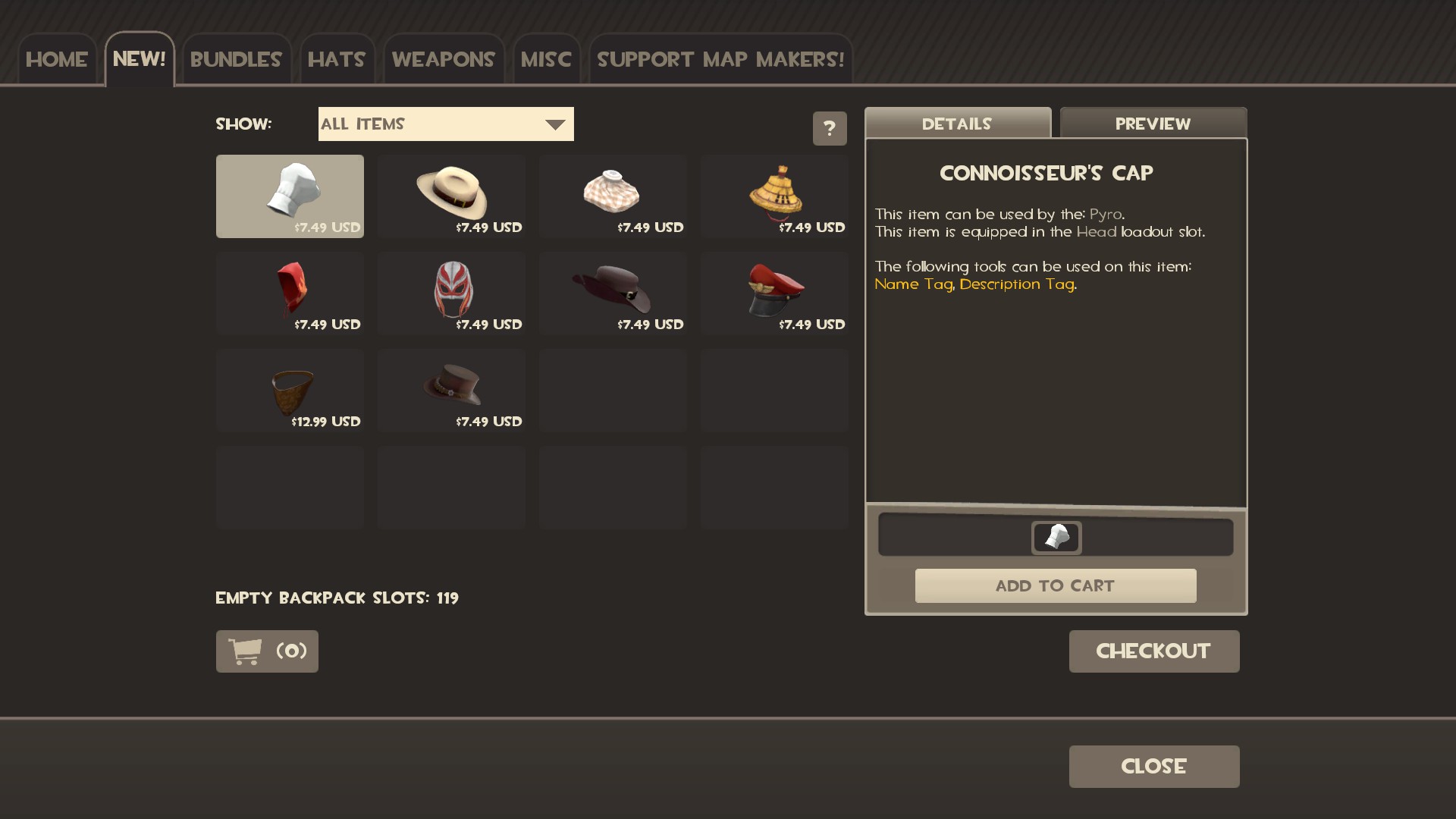