While iOS 14 has already been jailbroken by Unc0ver, it is always good to see new iterations coming up. The latest addition to the community is CoolSar's Taurine jailbreak tool for iOS 14 to iOS 14.3. If you have been waiting for CoolStar's take on iOS exploits, you are in for a treat. CoolStar has released a full-fledged version of the jailbreak which was previously envisioned to be an SSH-only jailbreak for iOS 14 and iPadOS 14. The Taurine jailbreak for iOS 14 to iOS 14.3 is now available to the general public.

The new jailbreak tweak was initially referred to as "Odyssey14" by CoolStar. The official name, however, is Taurine and you can install it now on your compatible devices. Taurine jailbreak for iOS 14 to iOS 14.3 makes use of the new cicuta_verosa explicit by @ModernPwner. The best part about the Taurine jailbreak is that it is supported by all devices running iOS 14 to iOS 14.3. In addition to this, it also supports Apple's A14 chipset on the iPhone 12 series. 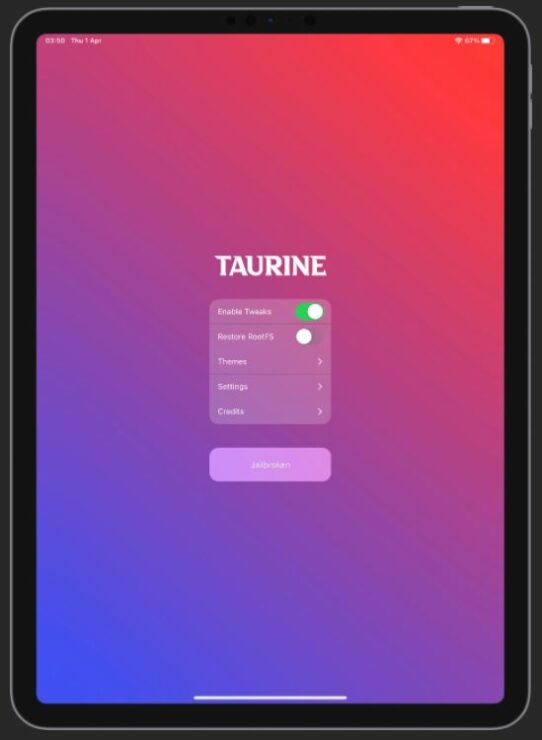 Take note that the Unc0ver tool also supports devices running iOS 14 to iOS 14.3 and even the newest iPhone 12 series. However, there are bound to be several differences between the two platforms since they are managed by different teams and make use of completely different bootstrap. With that said, the Taurine jailbreak tool integrates the Sileo package manager for tweak injection, browsing, and installation in contrast to Unc0ver's Cydia package manager. While both of the platforms will get you where you want to be, it depends upon your preferences.

If you are interested in checking it out for yourself, the Taurine jailbreak tool can be downloaded from the official Taurine website. That's all there is to it, folks. Are you looking to give it a shot? Let us know in the comments.