The PC version of the classic role playing game Tales Of Symphonia has been released earlier this month, but long time fans of the series have been quite disappointed by it, as the port is quite bad. With Bandai Namco being slow to fix the most glaring issues of this version of the game, it's been up to players to fix them. And a few hours ago some very interesting news on what features the game might be getting through mods have emerged online. 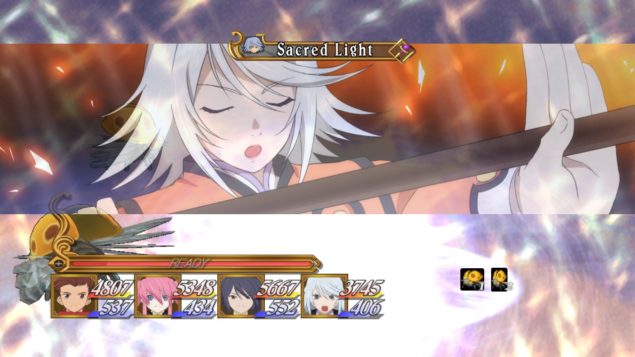 In Tales of Zestiria, the tick scale was basically an integer multiple of 16.6666667 ms. This meant the framerate limit was 60, no ifs ands or buts.

Here, the meaning of this variable is flipped on its head. There is division going on. That means instead of an upper-bound like ToZ had, ToS has a lower-bound (15 FPS).

ToS cannot run slower than 15 FPS, but it can run faster than 60 FPS. This is an altogether easier pill for a lot of PC gamers to swallow 🙂 Who knows what will go wrong at 120 FPS, but it'll be fun to find out.

On a related note, Kaldaien has released the latest version of the Tales of Symphonia Fix a few hours ago. The fix comes with plenty of tweaks and fixes that vastly improve this version of the game.

The HD version of Tales of Symphonia is now available on PC as well as on PlayStation 3. We'll let you know more about the possible 60 FPS support for the game as soon as possible so stay tuned for all the latest news.