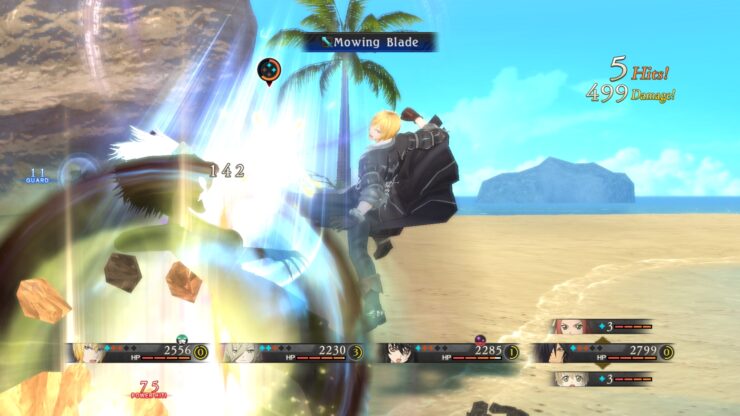 Tales of Berseria is now very close to release in Japan on PlayStation 3 and PlayStation 4, and publisher Bandai Namco has been doing its very best to get JRPG fans as excited as possible for the latest entry of its long running series. A few hours ago, the Japanese publisher shared a new short trailer for the game, showcasing one of the playable characters.

The new Tales of Berseria short trailer, which can be watched right below, showcases playable character Aizen, a character that those who have played Tales of Zestiria should know well. The final part of the trailer also shows him in battle as he obliterates enemies with his powerful fighting style.

More Tales of Berseria gameplay surfaced online last month. Japanese magazine V-Jump shared a 40 minute long gameplay video a few weeks back, showcasing the game's battle system, characters, new mechanics and much more. Even though the video is only available in Japanese, fans of the series should have no trouble in understanding what's going on in it.

Even though the game won't be released in North America and Europe until early next year, players all over the world will soon be able to get a playable Tales of Berseria demo on PlayStation 4. The demo, which launches on the Japanese PlayStation Store later this week, on August 4th, will include a Scenario Mode, featuring a small part of the story, and Battle Mode, which will be focused on battles.

Tales of Berseria launches this month in Japan on PlayStation 3 and PlayStation 4. The game will finally hit North America and Europe on PlayStation 4 and PC sometime next year. We will let you know more about the game's Western release date as soon as more comes in on it, so stay tuned for all the latest news.