T-Mobile Has Warned Customers Who Abuse Their Unlimited LTE Plans

T-Mobile CEO, John Legere, has issued a strong warning to customers who are abusing the company’s unlimited data plans. In a T-Mobile news release he stated that “a fraction of a percent” of users have been using hundreds and even thousands of gigabytes of data monthly. T-Mobile has become quite popular recently due to its unlimited LTE mobile plans, but it seems users have been using these plans for tethering and you don’t get unlimited LTE for that, that is why after 7GBs a month your tethering speeds are throttled. T-Mobile claims that these customers have come up with ways to conceal their mobile tethering and hotspot usage. 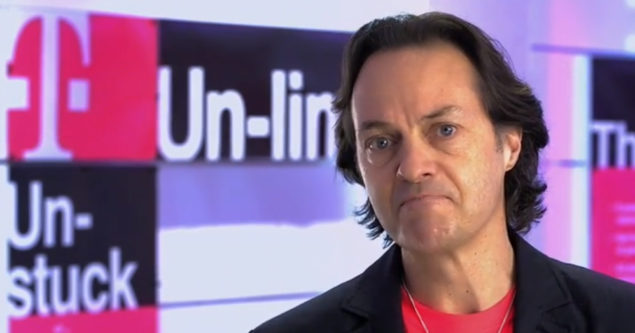 It has been estimated that around 3,000 customers are using up to 2 terabytes of data monthly (yes, terabytes!). It’s obviously shocking how they are using so much data in a month and it’s also mind boggling as to where the data was being used up. That’s when the company discovered that users are hiding their tethering activity, particularly Android users, by using apps specially made for this purpose. These apps make it hard to distinguish between data usage thus hiding tethering activity from the carrier.

Legere claims that the company has come up with a way to work past those apps and it will now be easier to track the people who “steal data” from the company.

“Stealing data so blatantly and extremely that it is ridiculous.”

It seems that these users are doing more than just checking their Facebook and Instagram. They’re using the LTE network to download stuff on their PCs.

“I’m not sure what they are doing with it – stealing wireless access for their entire business, powering a small cloud service, providing broadband to a small city, mining for bitcoin.”

John Legere said T-Mobile has come up with a technology that will detect customers who have used up their 7GBs and are now going over the limit. These customers will first be sent a formal warning and failure to heed to that warning will lead to permanent removal from the unlimited plan data and a downgrade to the entry level package offered by T-Mobile. He said that customers who use their plans within limit (the majority) should not be punished for the deeds of those who steal, he urged that:

"If their activities are left unchecked their actions could eventually have a negative effect on the experience of honest T-Mobile customers. Not on my watch." 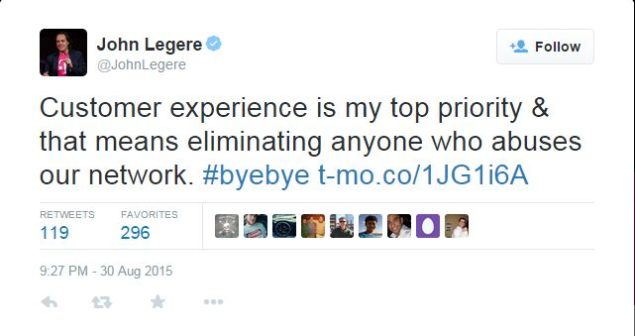 So it’s better to user broadband for downloading stuff as T-Mobile is in no mood to put up with people who are using more than the 7GB limit. Let us know what you think about this decision.