Survive the Wastelands in Conan Exiles on PC and Console 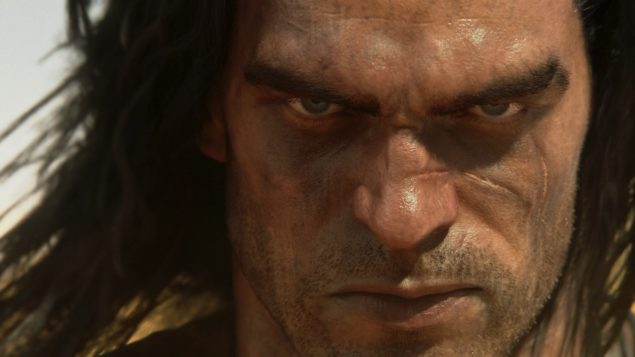 Want to feel the skulls of enemies under your feet? Want to survive the barren wastelands, sword in hand and vengeance in your heart? There's a good chance you might be a psychopath or, failing that, that you've just seen the trailer for Conan Exiles.

Spoiler alert - it's a little bit gruesome in all the right ways.

I say little bit, because it's only a very short trailer, but it sums up the newly announced title quite well.

In Conan Exiles, you have to survive and build in the brutal world of Conan the Barbarian. It'll be a game with a multiplayer focus, but you'll be able to play it alone too. It'll even have a single player mode, although details on that are yet to come.

Craft weapons, build bases, team up with other players and destroy your foes - like a non-league football match between rivals.

"There is no better setting for an open-world survival game than the world of Conan. Hyboria is a harsh and unforgiving land where only the strongest can survive while the weak are swiftly cut down. Whether it is hunting animals for food, fighting monsters and other players, or building entire settlements, we want to make sure players feel like they are really fighting to survive and prosper in the most brutal fantasy world ever."

"What Funcom is doing with 'Conan Exiles' is capturing the essence of Conan and his world. The fight for survival in Conan's savage world has been chronicled in comics, movies, and novels, and now you too will get to experience the same struggle to achieve domination over the exiled lands."

Conan Exiles is coming to Early Access on PC this summer, with full release on console and PC at some point in the future. You can learn more on conanexiles.com