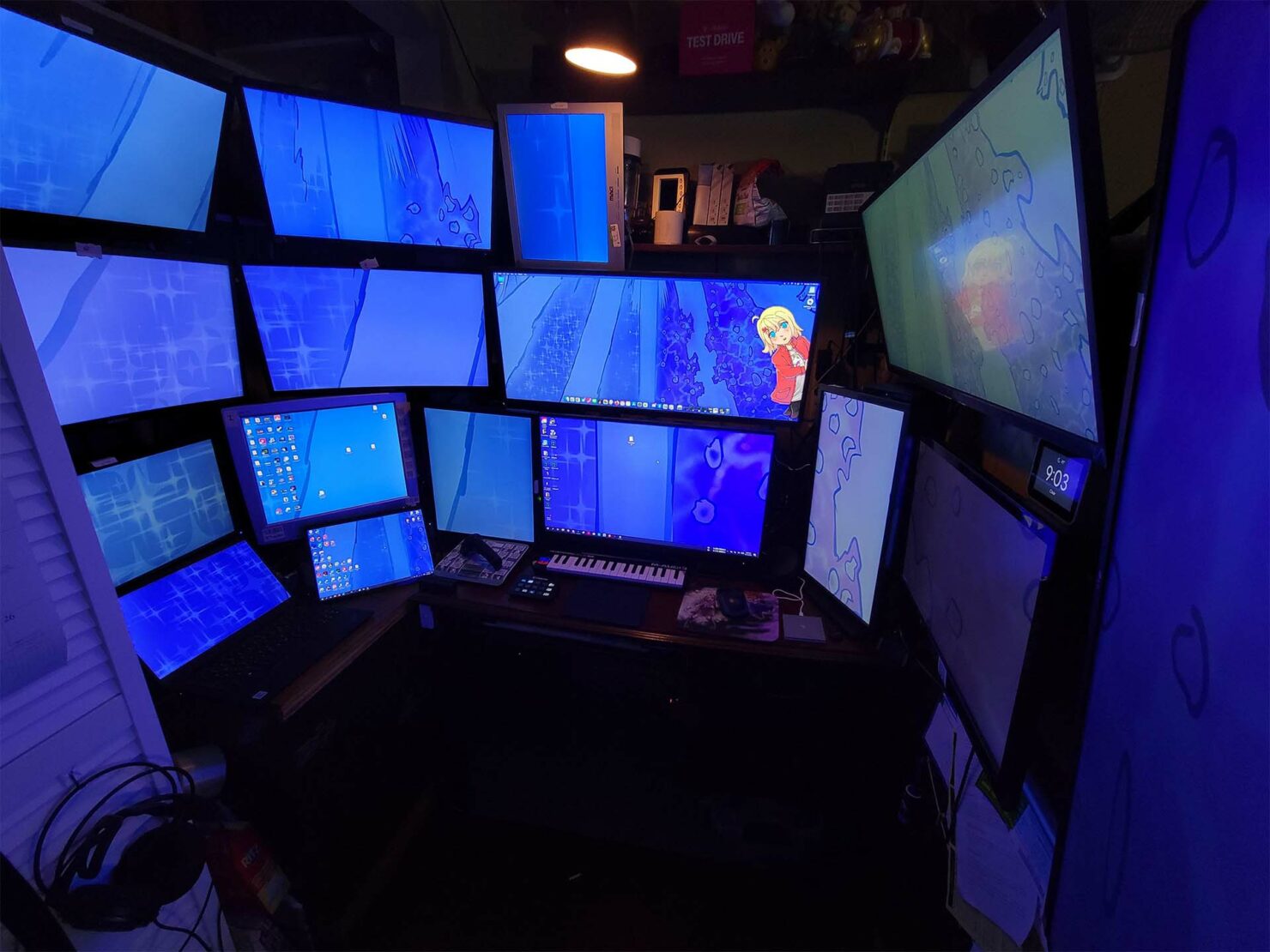 Despite the fact that Microsoft’s Surface Pro X was not perceived as a powerful ARM-based tablet, it sure has its uses. For instance, if you want to increase your total workspace, there are several ports on the slate to help get the job done. Under normal circumstances, perhaps attaching one or two external displays to the Surface Pro X would be sufficient, but one Redditor wanted to touch the absolute limit by successfully hooking up a portion of 16 monitors to a tablet.

Redditor Says the Entire System Consumes 450 Watts, Which Is Significantly Less Than a Decent Gaming PC

One individual, who goes by the name u/InvincibleSugar on Reddit, put out a post titled ‘My Surface Pro X proudly powers 3 of these displays,’ which shows a dark room that is illuminated by a total of 16 external displays. According to him, the picture above was an older version before he purchased an M1 Mac mini, a Surface Pro X, and a Lenovo ThinkPad X1 Carbon. He shows a cleaner form of his setup in an image below, with everything labeled on what exactly each of these displays is meant for. 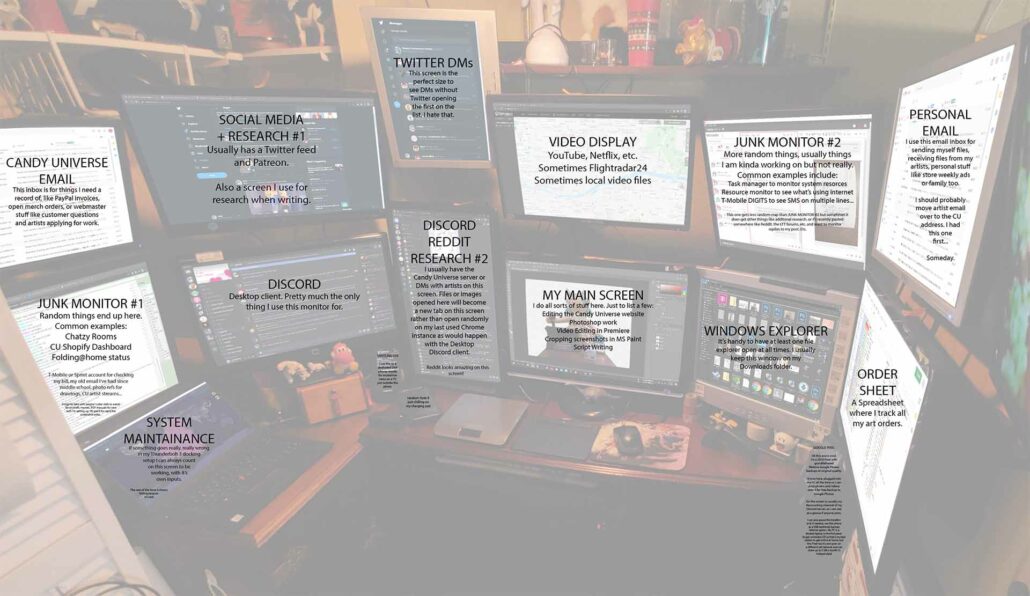 When asked why does he continue pursuing this kind of a setup, he responds as follows.

“The short version is: I can. I really like having lots of desktop space, it means I can leave things I've recently used or only reference occasionally open and to the side as opposed to running minimized.

It's also nice to combat Chrome memory management, tabs that are minimized or behind other tabs might unload from RAM, but anything foreground stays open. I can take things I want to immediately use when I need them and just keep them open to the side…”

If you think hooking up several external monitors on the Surface Pro X is impossible, we covered how a different individual hooked up six monitors to his M1 Mac mini through a combination of compatible display adapters. It certainly was not the most elegant way to increase your total workspace, but it gets the job done. 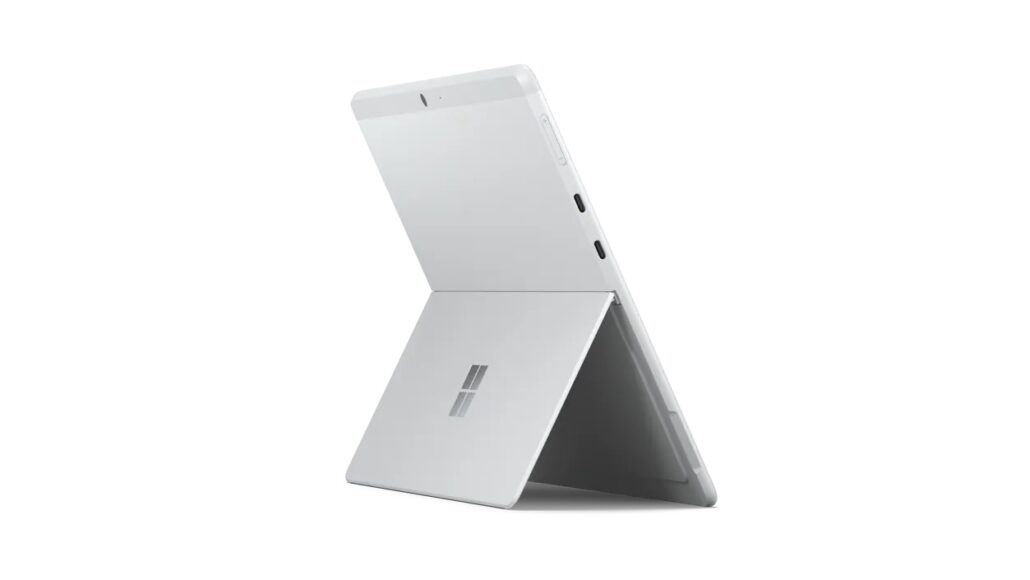 As far as the Surface Pro X goes, it has two USB 3.2 Gen 2 Type-C ports, so you can daisy-chain multiple USB-C docks with several display outputs to achieve the same feat. Do you think this is the most absurd way possible to take advantage of the Surface Pro X or any other portable machine? Tell us down in the comments.