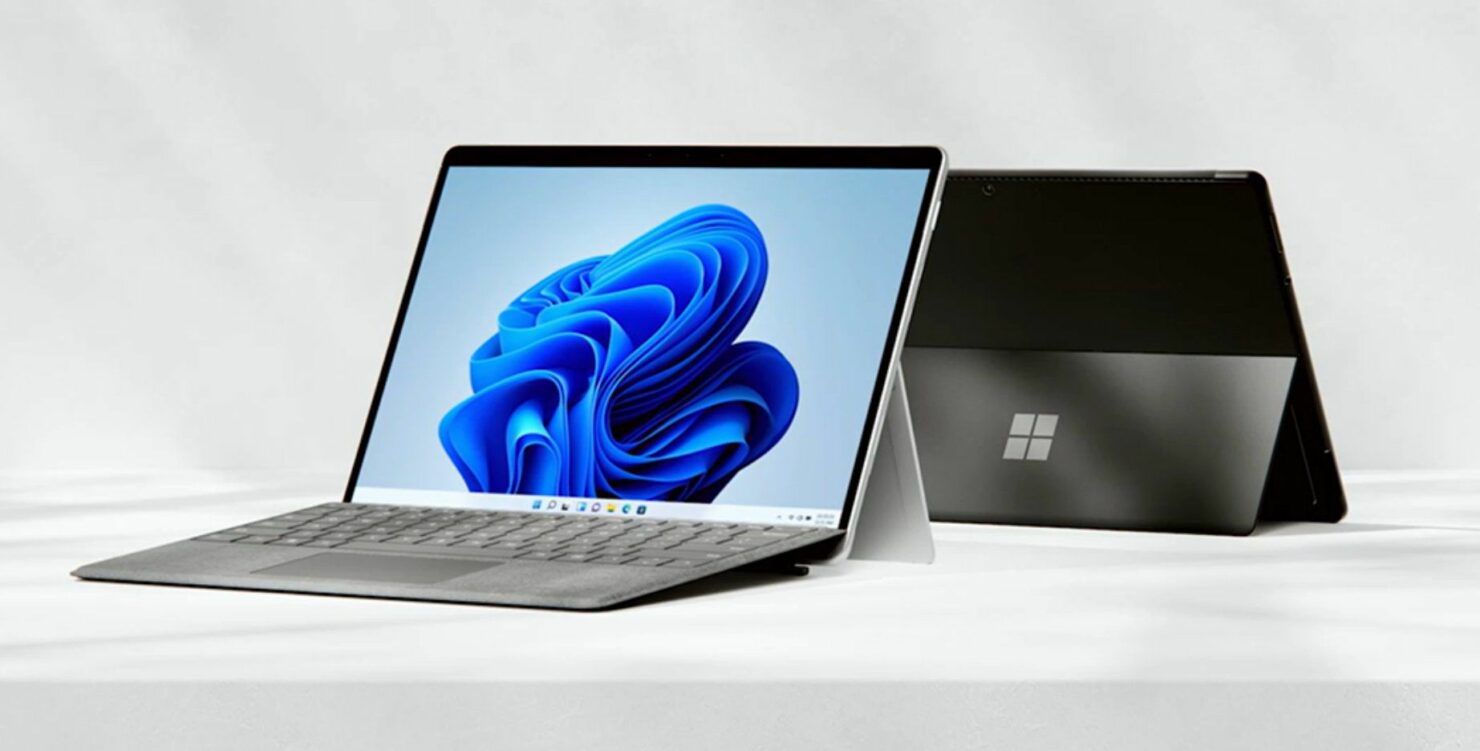 The Surface Pro 8 is the first product from Microsoft’s event, and boy does it feature a slew of upgrades that were long overdue, including a bigger screen, paired with slimmer bezels and more. Here is everything you need to know.

The Surface Pro 8 sports a 13-inch, 120Hz display, with an increased screen-to-body ratio thanks to the reduced bezels. In short, the Windows 11 tablet features an upgrade in just a single component, and that is the screen, which is impressive to see. Microsoft calls it the 13-inch PixelSense Flow Display and not only is it larger than the display found on previous-generation devices, but it also touts a higher resolution, supports Dolby Vision and Adaptive Color Technology.

The Surface Pro 8 will run at 60Hz by default but will switch to 120Hz dynamically when using the pen accessory and performing other tasks. One excellent feature in Windows 11 is that the Surface Pro 8 will take advantage of the operating system’s Dynamic Refresh Rate feature to conserve battery life. The screen will switch between refresh rates to deliver the optimum scrolling experience to users, but that will also depend on the task you are performing.

Another major change is that Microsoft’s Surface Slim Pen 2 can be tucked in the Surface Pro Signature Keyboard accessory that you can purchase separately with the Surface Pro 8. In case you forgot, the tucking of the stylus was a page out of the Surface Pro X and its keyboard accessory, so it is a nice addition from Microsoft. The pen itself charges when placed in the keyboard base and sports a built-in haptic motor that responds to display presses to give the user the feel of using an actual pen.

The Surface Pro 8 also has a couple of USB-C Thunderbolt 4 ports and a Surface Connect port for charging purposes. The Windows 11 tablet can also be configured with up to 32GB RAM and will be running Intel’s 11th-generation processors. Pricing and availability are not yet known, but with Windows 11 launching on October 5, perhaps users can place orders after that.