When it comes to gadgets and mobiles, Microsoft's seen mixed amount of fortunes. While the company's other offerings, such as the Xbox or its operating systems manage to stay on top, gadgets seem to be outside the company's reach. But the Surface lineup  has started to do good recently as evidenced by the massive increase in revenues which Microsoft has seen from this series, this quarter. And now we believe that the Surface Pro's successor might be here by October. 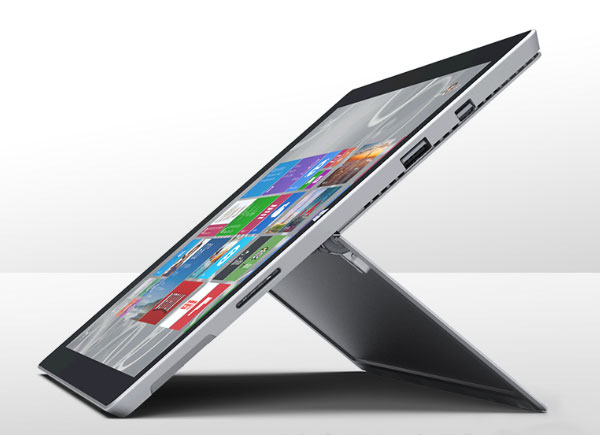 With the rate things are progressing in the PC hardware world, you should be expecting the Surface Pro 4 in the next couple of months. After all, its been more than a year since we saw the last Surface upgrade and Microsoft itself should be pretty eager to push out a processor update, given the fact that the Surface series has finally started to see some good fortunes as of late.

But before we get into those details, lets start from the design of the upcoming Surface Pro 4. According to Microsoft itself, the Surface Pro 3's docking station and other accessories such as power adapters and more will be compatible with future generations as well. This most likely means that it'll come with a similar design and we wont find ourselves disagreeing from this as well. The Surface Pro 3 is very well designed as well, and the device's users don't have design as the primary feature on their mind when picking it.

Rather, as we've judged so far, the Surface series sells primarily due to its excellent specs, which are able to handle good amount of workloads and also allow Microsoft's hybrid to be portable at the same time. With Intel's Haswell powering the current Surface Pro 3 lineup, its much more powerful than many similar offerings out there. And this balance of functionality with portability is what makes the Surface Pro such an attractive offering - even though it comes with quite a price tag.

Speaking of Haswell, there's no way that Microsoft will launch the next surface without Skylake. After all, the current generation runs on Haswell and not Broadwell, so existing devices will soon become highly outdated. And with Broadwell's expected short life, Microsoft will have to wait for Skylake to make the big jump in its Surface lineup. Plus, Skylake will also bring several improvements to the entire lineup, of which power efficiency and improved performance are only a few. And when compared to Haswell, the jump will be even better. 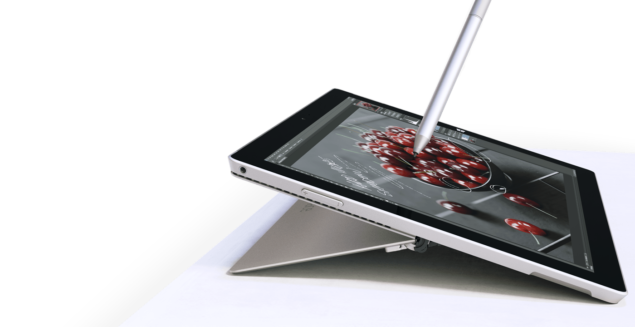 Judging by several reports which have surfaced over the past couple of months, Microsoft's options for the Surface Pro 4 have been as open as ever. While we should expect fanless design to be out of consideration for now, given the power requirements of its intended consumers, options such as N-Trig pen are still on the cards. Screen resolution is expected to stay the same with 2160 x 1440 and the device is reportedly to come with the Surface Pro 4 sporting a 14 inch screen size.

Two factors are, however of the most importance when considering the Surface Pro 4's future. First of these is Windows 10, and as Microsoft had originally intended, Windows 10 was to come out in October, rather than a July launch, which took place just yesterday. So with Windows 10 coming earlier, Microsoft now has no other option rather than wait for Skylake. After all, shipping the Surface Pro 4 with Broadwell would make no sense at all, since Skylake's launch is just around the corner.

Plus, October is a date that we've been hearing for long when talking about the Surface Pro 4, particularly with Skylake having been thrown into the mix. And had Microsoft not decided to speed up its Windows 10 launch to accommodate the back to school season, we're sure the new Surface would have debuted alongside the last Windows. Also, the company will have to accommodate its various PC partners and pick a period in which Skylake devices hit the market, so as to not negatively impact their market impact.

Whatever the case may be, an upgrade for the Surface Pro 3 really is imminent, and Microsoft needs to take quick action if it want to capitalize on its recent success. And the company doesn't need to change much when it comes to the device's design either; all it needs to do is improve performance, introduce some much needed new features such as biometric scanning and its good to go. Performance has been a critical factor for the Surface lineup, and an October launch will allow Microsoft to effectively balance both Windows 10 and Skylake. Thoughts? Let us know what you think in the comments section below and stay tuned for the latest.