Its been no secret over the past couple of days that Apple's iPad sales have not been as good as Apple would have liked them too. And even though iPhone sales are at an record, folks over at Cupertino should be hard at work on deciphering the iPad puzzle Apple has landed itself into. Its latest iPad Air 2 was a good device in terms of every aspect, but according to latest financial data, iPad shipments have fallen by 18% while revenue has declined by 23%. 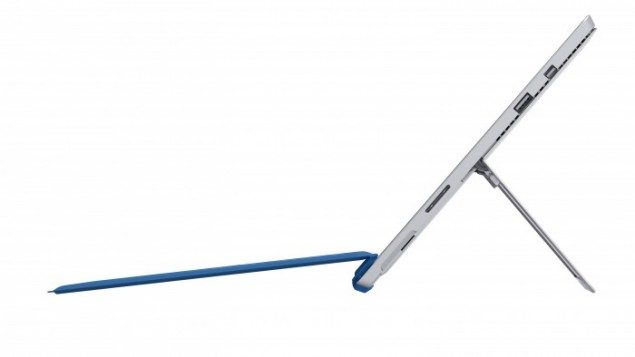 But even though popularity of the tablet and Apple's iPad revenue continues to decline, things aren't the same for everyone in the industry. Take a look at Microsoft's earnings from the same quarter and you'll see some mixed results. The Redmond based software/electronics giant sees revenues decline massively in its smartphone sector, owing to the mishap that Windows Phone has been.

But take a look at its income generated from Surface sales and you'll see a surprising picture. Microsoft's Surface series has oft been criticized for being too expensive when compared to other tablets, but the Surface has always been more than just a slate. Equipped with Intel's processors, its able to achieve much more then you'd be able to do on your average portable device, and seems that the market continues to respond to this.

Microsoft's Surface based revenues this quarter amount to a cool $840 million, which might not sound all that impressive but also marks a staggering increase of 117% over last year. With the launch of the Surface 3, the company also managed to successfully make the Surface Pro's offerings more compact. Apple's critical success factor has oft been its high price, which creates a sense of high value in the minds of many consumers.

But seems like this time the Cupertino manufacturer's strategy might have backfired. With a much better offering for the similar price, consumer show a preference towards better specifications and functionality rather than brand image when it comes to their tablets. And with this turn in tide for Surface revenues, Microsoft seems all the more ready to finally launch the Surface Pro 3's successor, the Surface Pro 4.

Microsoft's Surface Pro 4 has seen sparse bits of leaks and rumors surrounding its specifications and there's little that we know of about the hybrid upgrade. Its expected to stay similar in design to the Surface Pro 3 and come in October, alongside an Intel Skylake upgrade, which should be a treat for many users requiring decent performance from their device. Stay tuned, we'll keep you updated as this develops.