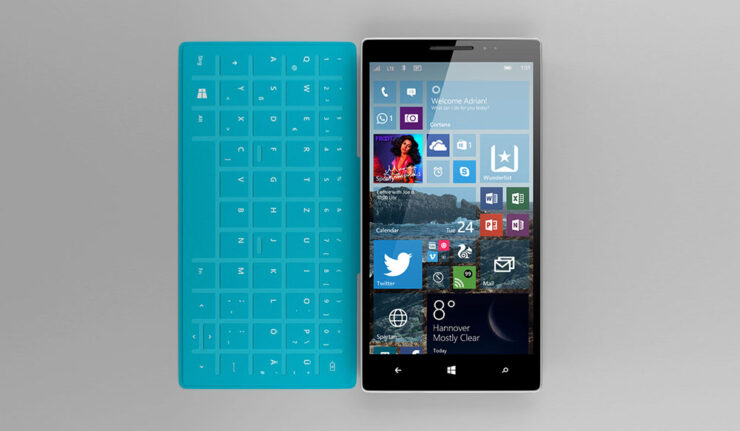 After widespread reports were coming in that Microsoft has decided to shelve the Surface Phone, fans have taken to Change.org to sign a petition urging Microsoft to reconsider its decision. The device codenamed Andromeda had already reached an advanced stage of functionality before the software giant decided to pull the plug on the project.

The petition states that all the Windows Phone fans want Microsoft to launch Surface Phone, a device which has a screen that can turn into a tablet. The petition further says that a lot of people will be lured to purchase buy the phone that was shown in the leaks and this will bring in money for the company so Microsoft has no reason not to go ahead with the project.

Zachary Hinski, who wrote the petition, believes that consumers will be willing to pay a price of between $799-$999. Although this falls within the price range of some of today’s premium flagships, it is not known if Microsoft can bring down the price that much, taking into consideration the components that would have gone into development.

Even though Microsoft never openly mentioned such a device, recent leaks have suggested that it will be a disruptive device with the capability to transform into five different modes, which will be made possible by the 360-degree hinge. It would be pocketable and look like a smartphone when folded.

It was recently reported that Microsoft is re-strategizing the Surface Phone. It is partly because of scheduling and quality but another reason is that the company is more interested in launching a device that is more like a small foldable computer than a smartphone. This means there is still a possibility of Microsoft launching such a computing machine in the future.

Since Microsoft never officially announced the Surface Phone, it can’t be said that the product in question was canceled. Hinski said that he wrote the petition to see how many people are interested in buying such a phone and if you want to check out the details of that petition, they have been given below. If you want to be a part of the petition, do check out the source link given below and let us know down in the comments if Microsoft should scrap the project or keep the dream alive.

“All the fans of windows phone want Microsoft to release the Surface Phone aka Surface Andromeda Phone Project that has been leaking out lately with the phone screen that can turn into a tablet. I’m doing this petition to see how many people would buy this phone if Microsoft would release it. Money is power and if a lot of people want a Surface phone like the ones in the leaks then they will be forced into action as everyone knows Microsoft wouldn’t be able to give a reason on why not to do it to there investors, as its too much of a money opportunity to miss. I myself wouldn’t mind paying between $799-$999 for this phone if it happened and looked like the pictures that we have seen from those leaks.”