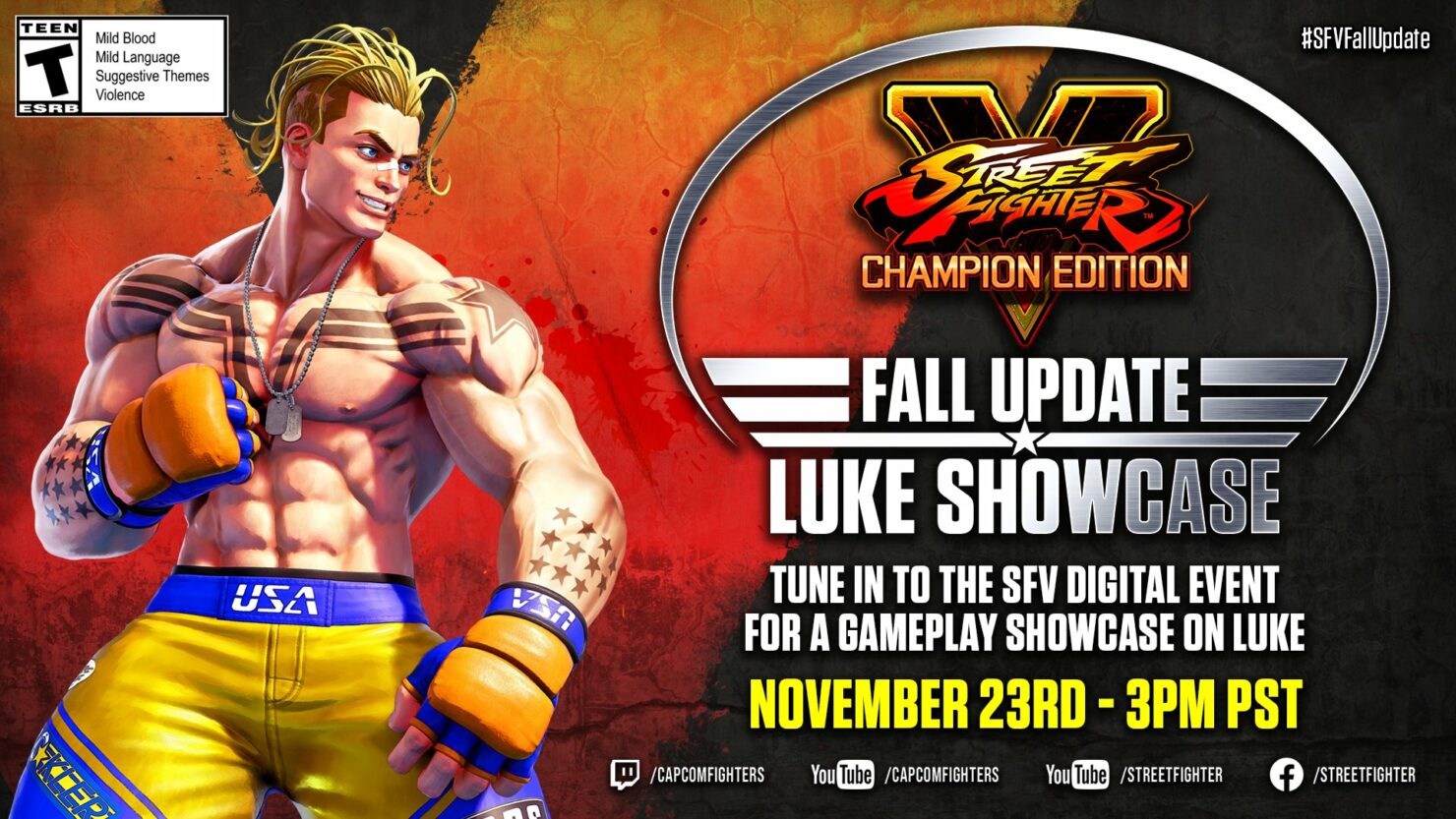 The new event, which will air on November 3rd at 3 PM PST, 6 PM EST will showcase the game's Fall 2021 Update and provide a behind-the-scenes look at Luke, the final Season 5 character revealed earlier this year.

The #SFVFallUpdate is coming your way!

Join us for the final #SFV digital event with a behind-the-scenes look at Season 5’s final character, Luke! ⭐

Street Fighter V: Champion Edition Season 5 will be the game's final season. The characters released for the season include returning characters Dan, Rose, and Oro, who have been joined by Rival Schools' Akira, and the already mentioned Luke, a brand new character who will be central in the series moving forward.