Retro FPS Strafe Just Got Delayed to May 9 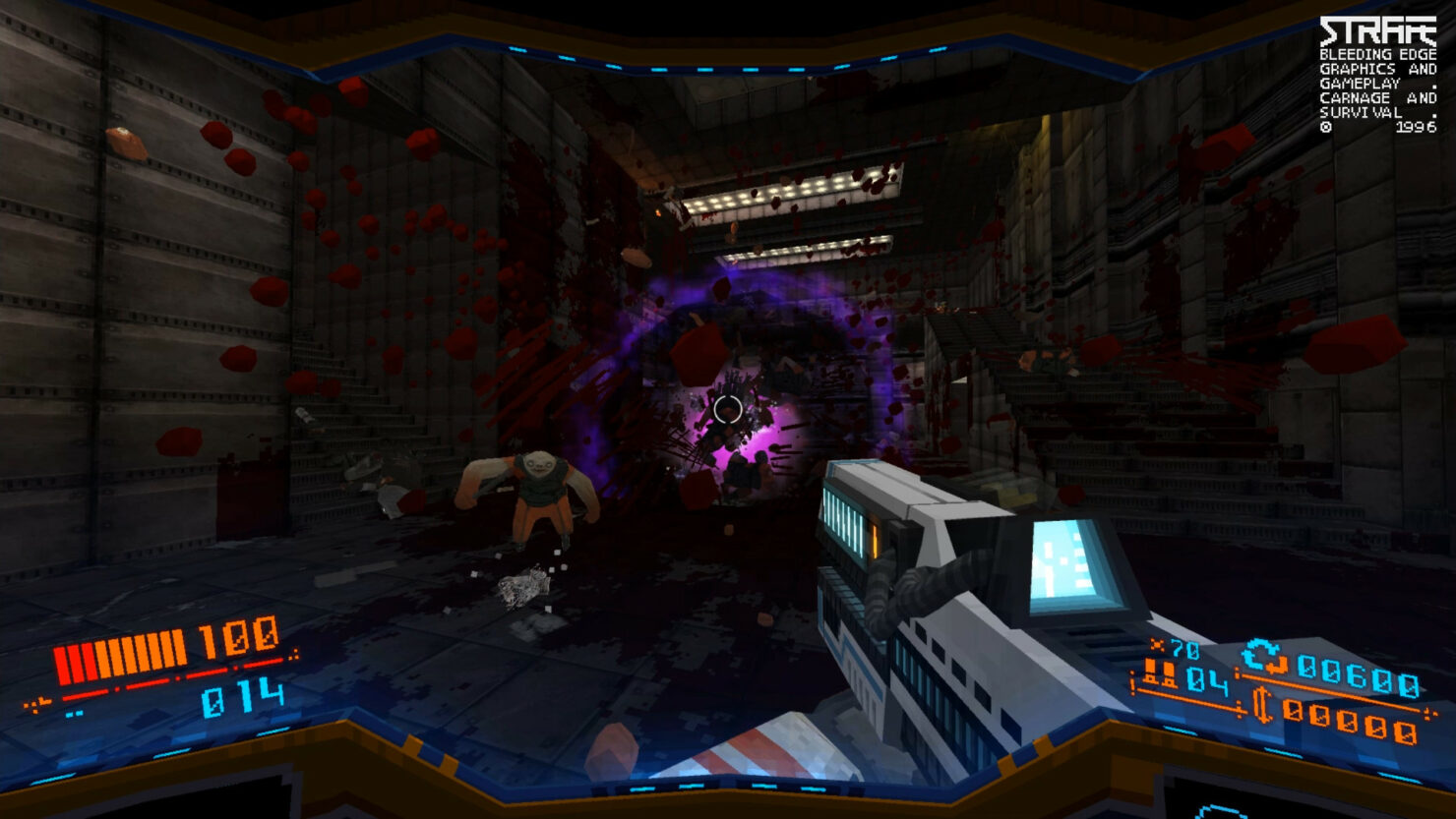 Apparently, there are not enough polygons. Pixel Titans and Devolver Digital announced today that arcade shooter Strafe has been pushed back from March to May.

Strafe had the expected release date of March 28th which was now pushed back to May 9th. So Pixel Titans went ahead and updated the date on their release day announce trailer.

Strafe is a roguelike first-person shooter that harkens back to classic shooters like Quake and Unreal Tournament.

STRAFE® requires over 150,000 meticulously placed polygons to create its bleeding edge graphics. Through an unexpected legal entanglement and a series of clerical errors, nearly 25,000 of those polygons arrived late to Pixel Titans world headquarters thus delaying the game by a few weeks.

Strafe is coming to PC and PlayStation 4 on May 9th, barring any further delays.

Strafe is the fastest, bloodiest, deadliest, most adjective-abusing, action-packed first-person shooter of 1996. Featuring breathtaking photorealistic graphics and persistent gore that allows you to paint levels red with the excessive entrails of your enemies. As a Scraper on a impossibly dangerous mission at the edge of the galaxy, you only have one life to navigate all the nightmarish terrains of STRAFE®. When you die, nothing will ever be the same again.