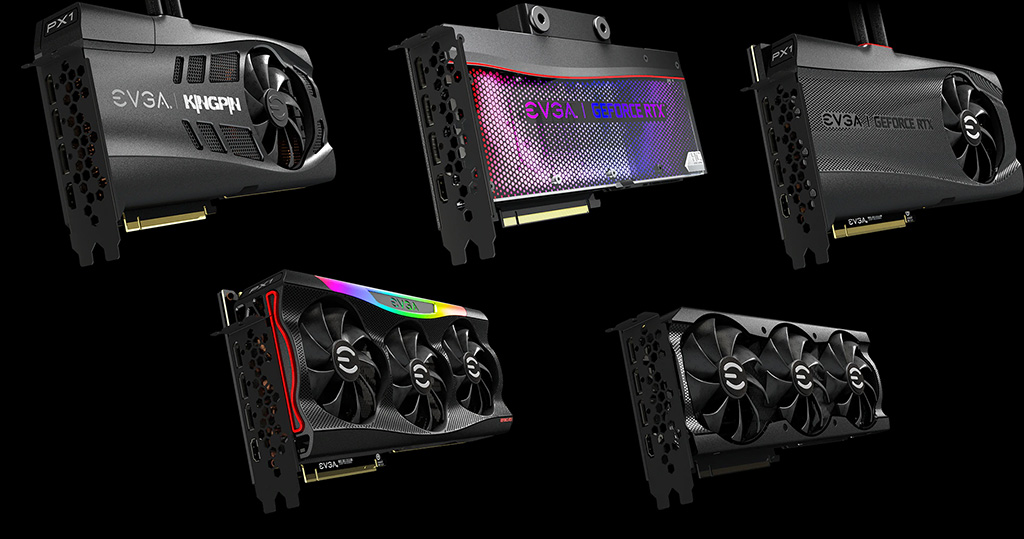 We all remember how a truck full of EVGA's GeForce RTX 30 graphics cards was stolen in California back in November 2021. Well, it looks like a batch of those GPUs has been found & being sold by a Vietnamese-based retailer, Nguyễn Công PC.

Update: It looks like there's some more news to this story. The retailer has sold more than one EVGA GeForce RTX 30 series graphics card to its customers and they have also been found to be stolen units. Also, the cards are stated to be 'Open Box' units which seems to be a way NCPC is utilizing the bypass the law by declaring that they were already used whereas we have been told that customers who received these cards had them advertised as '100% New & Sealed' by the same retailer. We also have a few invoices to add to this report which you can see below:

The Vietnamese retailer has a stock of around 10 EVGA FTW3 and 20 XC3 models which they have shown in pictures. They could have even more stolen graphics cards and what makes the matter even worse is that Hoang Minh Computer Distribution Co., Ltd is the company that sold the GPUs to Nguyễn Phong Cảnh and it was established one month after the EVGA theft (DOEstablishment: 24/11/2021).  This is definitely something that EVGA should start investigating to find the real culprits behind their stolen goods.

Back in November 2021, we reported how a truck full of EVGA's latest GeForce RTX 30 series cards was stolen from the company's central distribution center. EVGA issued a notification confirming the theft and stating that several cards with a value between $329.99 US and $1959.99 US were in the shipment and that users should be wary of such cards circulation in online marketplaces such as Craig's List, eBay, etc. However, instead of the cards popping up in US 3rd party outlets, they've ended up being sold almost 8000 miles away in Vietnam.

The Vietnamese retailer, NCPC, stated that while their distributor told them that they had acquired EVGA's GeForce RTX 30 series graphics cards from legitimate sources and offered were box packed with 1-month warranty, it looks like a customer who purchased an EVGA GeForce RTX 3080 Ti from them discovered that his purchase from the same stolen shipment that happened 2 months prior. He was easily able to discover that by matching the label of EVGA's homepage and contacted NCPC at the same time about this matter. Now we can't really put the entire blame on NCPC (the retailer) for this matter as they were simply getting the cards from another source but at the very least, the retailer should've checked if what they were getting was indeed a batch that was meant to be sold or declared as 'Theft'. Most GPU sellers and retailers don't actually care about where they are getting their stuff from since all that matters is profits and huge profits can be made on GPUs. I mean, all they could've done was to check the serial number which EVGA had even provided for its stolen batch. 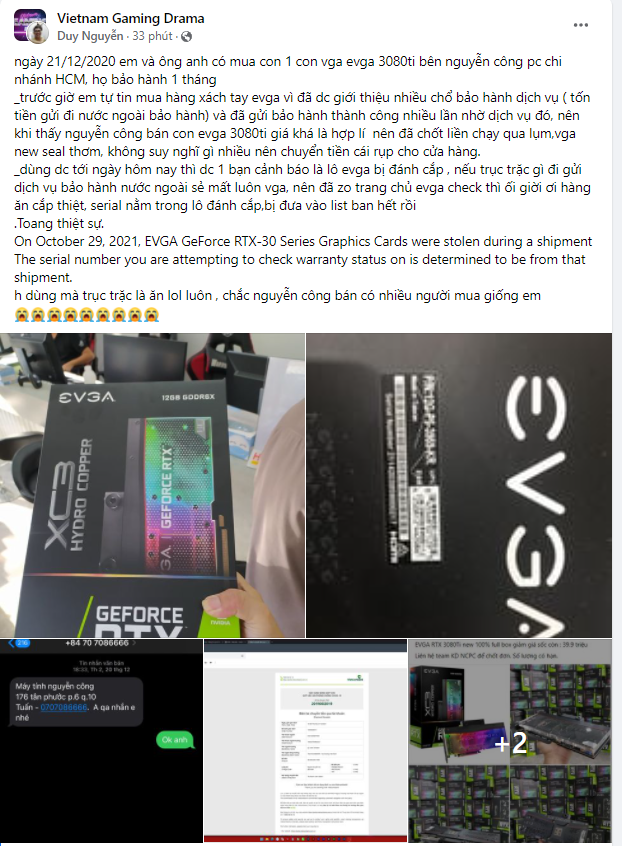 It is likely that the source that sold the cards to NCPC had offered them at a really good price so they didn't question the nature of these cards and proceeded to sell them off at an even bigger profit. It is also shocking how these stolen graphics cards ended all the way in Vietnam which means the thieves knew the right market and procedure of what to do with the GeForce RTX 30 EVGA cards once they got their hands on them. The full machine-translated text from the retailer is provided below:

The first word on behalf of NCPC I would like to extend my sincere apologies to the customers for the incident yesterday.

First of all, we send our sincere apologies to our customers and provide the following solutions:

The above is an unintentional incident. We are looking forward to our customers understanding and cooperating with us to resolve this matter. Sincere thanks !!

Our source claims that it is entirely possible that these stolen EVGA GeForce RTX 30 series graphics cards were imported from China. It is likely that EVGA has already taken notice of this and we will be waiting for their update on the matter.