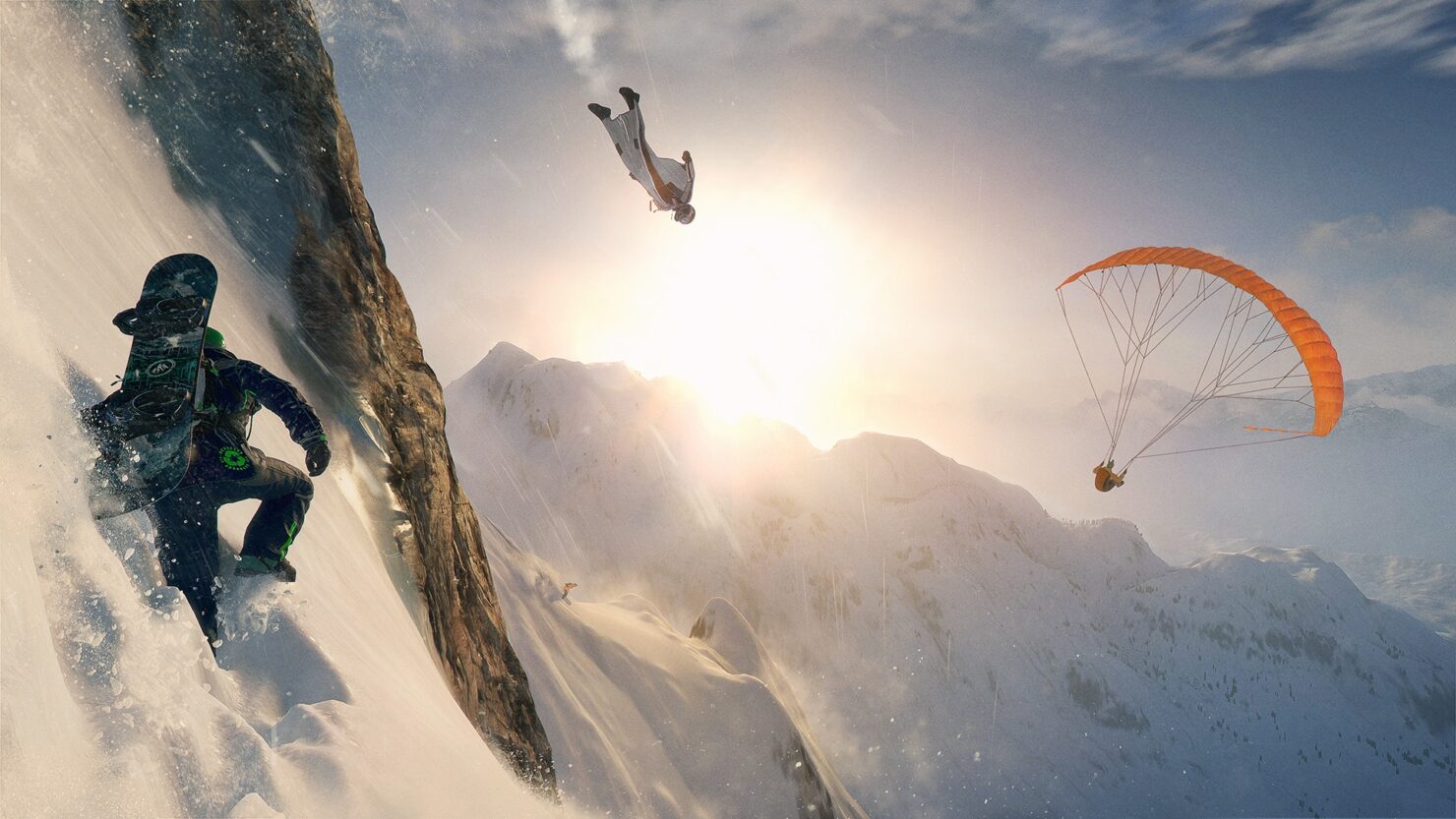 Some fresh powder is coming. A few hours ago, Ubisoft announced new details for the upcoming Steep 1.04 Update, new map, and online tournament.

Riders from all over can partake in the Steep World Tour Tournament, a monthly community competition for the open-world snowboarding game.

Steep straps you into the boots of a gravity defying snowboarding in an open-world against other like-minded thrill seekers as you compete in a number of races and challenges. The action will not be limited to skiing and snowboarding, so expect to fly around the mountain via paragliding and wing-suits.

The first competition 'Backcountry' has challengers reach 5000 points while flying down the treacherous mountain in order to reach the second leg of the tournament. The top 32 players on each platform will face off against each other and win Steep credits.

The Steep development team will also be contributing their own challenges into Community Challenges which has gotten its own update.

Last but not least, the new Alaska map will be released on February 10th for free. It will contain Branded Challenges in which players can earn credits and reputation points.

Steep is available now on Xbox One, Playstation 4, and PC. Update 1.04 goes live on February 10th. The game designers were kind enough to provide a couple of videos explaining the latest

We reviewed the game last month, we praised its open-world design but had issues with its controls:

Steep delivers great fun for winter sports game fans, although it can be a little difficult to find amongst a huge map and confusing tutorial/interface. What Ubisoft has tried to accomplish is mostly successful, and fans of winter sports games will find a lot that they recognize and a lot that improves on the genre in this mountain range.