The first time I ever went skiing, on the very first day, I managed to knock every other skier over on the baby slope. After experiencing what can only be described as acute snow blindness walking to the hotel, the first hour on the slopes was mainly stumbling to and from the ski lifts. Finally able to see again, I managed to take my first trip down the smallest of slopes and with perfect vision, watched as I collided with everybody else on this particular mountain. No one was left standing in the wake of my destruction. After that day I fell in love with the majesty of the mountains, and the awesome power of gravity.

Steep is a game about extreme winter sports and although there isn’t any way of colliding with anyone else on the mountain, it’s still a lot of fun. Broken up into a cluster of Alpine mountains and four different disciplines, you are almost immediately left to your own devices.

Explore, compete and discover as you see fit. Skim the treetops in a wingsuit or parachute, or weave down fluffy and rocky mountainsides in skis or snowboards. The tutorial is a snowstorm of vague objectives before ending so quickly that you might be confused as to whether or not you did something wrong. After that, it’s just you, the snow and every other player around. 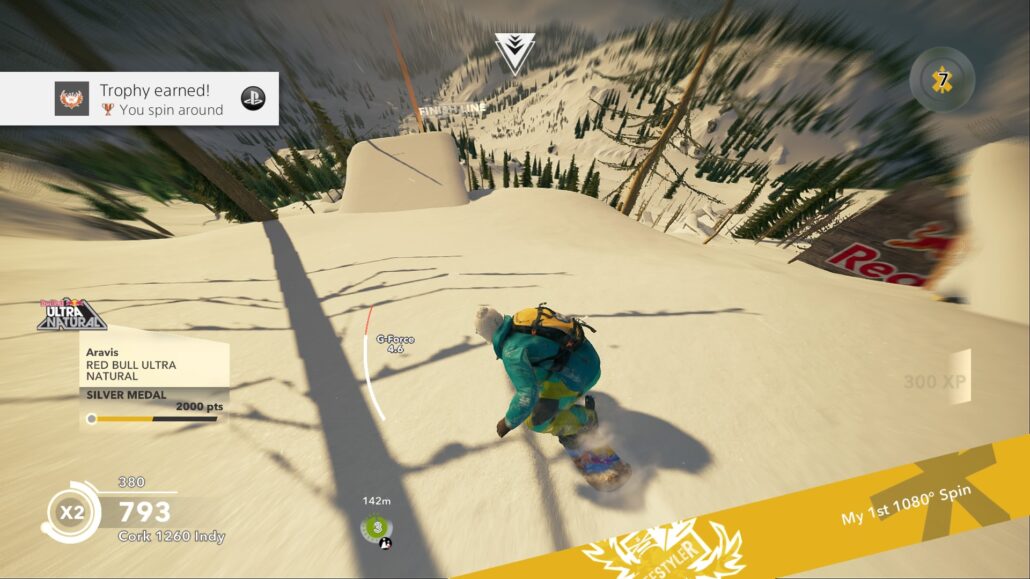 Like many other games nowadays, Steep has a number of massively multiplayer features allowing you to compete and explore alongside other players. Determinedly seeking the top of the leaderboard is essential to enjoying your time with Steep. Upon grouping together with a friend or two you’ll find their discoveries appearing across the mountains, which makes playing through the events much easier.

Despite the absolutely beautiful world you’re left to explore, it is impossible to judge how big the game actually is. With most of a mountain range available, you’re only given a handful of events to play with initially. While some are locked behind an experience wall, others are left for you to discover on your own.

This forces players to wander the peaks and soar the skies for new challenges to overcome. Each event is a unique course through the mountains and broken up into races, trick scores or bonebreakers. The first two are obvious enough, but the latter is a more distinctive and familiar experience. These events revolve around increasingly injuring, or nearly injuring your respective avatar, launching them off cliffs and into trees.

Steep obviously owes a lot to the SSX series which was, until its sudden disappearance, the premium winter sports game. But while Steep has a lot in common with SSX, Ubisoft's game throws a lot of improvements into the formula. To begin with, you'll quickly notice that Steep has no loading screens once you find yourself on the mountainside. If you’re failing a race, faceplanting into a rocky outcrop or lost hopelessly in a dense forest, you can simply pull up the map, reset and start over instantly. It’s a real joy being able to try again, or rage quit completely effortlessly. 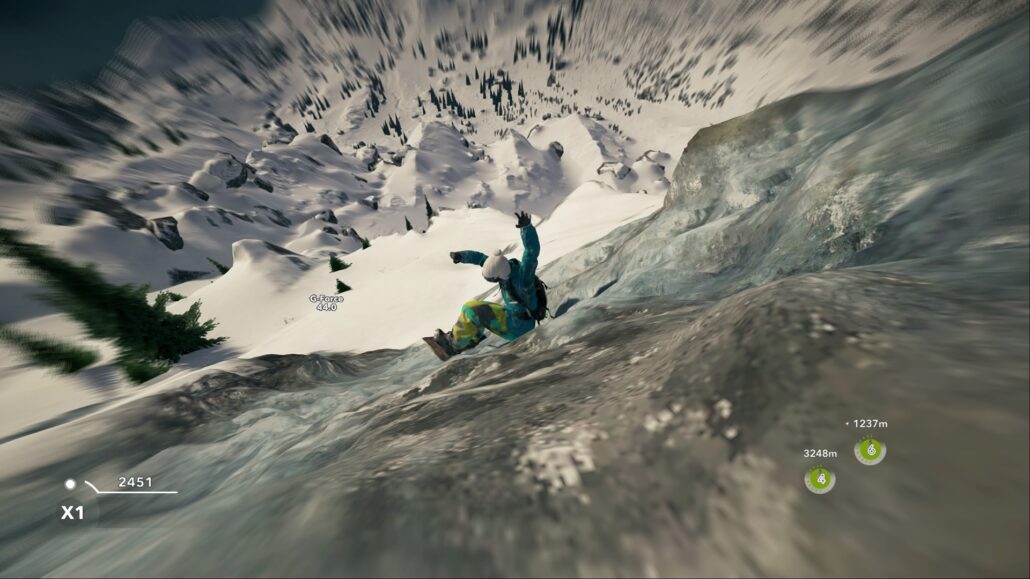 This is very useful as the controls can be a little difficult to handle at the beginning, especially with such an unsubstantial tutorial. Steep doesn’t stray too far from realism, and you’ll find yourself learning to negotiate snow, ice and rock on the slopes. Skis and snowboards behave as you might expect on the snow, which can make precision turning difficult until you begin to understand the importance of the depth and gradient of the snow beneath you. On top of that, landing in Steep feels somewhat dictated by chance. To successfully stay on your given vehicle at the end of any jump, you’ll have to completely let go of all input, directional and button. Sometimes though, whether it be a hidden bump in the terrain or the mountain's maleficent will, your poor avatar will still bounce off the floor rather ungracefully. You’ll also have to discover how to jump on your own as well, as the tutorial doesn’t bother with that vital information.

In fact, a lot of the user interface lets the gameplay down. Although playing and exploring allows you to unlock and conquer more, the menu, map and tutorial unless let the fun down. The map makes cataloguing the events and challenges annoyingly tricky. On top of that, the map is tediously fragile. Without trying you can throw yourself across the mountain range and cancel events. There is a collection of options for creating events and saving replays, but it's all very much vague and confusing which also means that it's almost completely lost on the average user. This is all an unnecessary struggle that gets in the way of the game, but it doesn’t take away from fun once you can find it. Mastering a challenge or completing a mountain worth of events is some of the most exciting and fulfilling sports game available this season.

While you might find yourself yelling at the game occasionally, angry at a jump that didn’t connect or a landing that shouldn’t have failed, the quick reload that lets you start it all again means that annoyance is short lived. The various events do become a bit repetitive after several hours worth of play, but the pleasant, punishment-free world of Steep will stay in your mind long after you've stopped for a hot chocolate and mulled wine.

Reviewed on PlayStation 4 (copy provided by the publisher). Also available on PC and Xbox One.

Steep delivers great fun for winter sports game fans, although it can be a little difficult to find amongst a huge map and confusing tutorial/interface. What Ubisoft has tried to accomplish is mostly successful, and fans of winter sports games will find a lot that they recognize and a lot that improves on the genre in this mountain range.