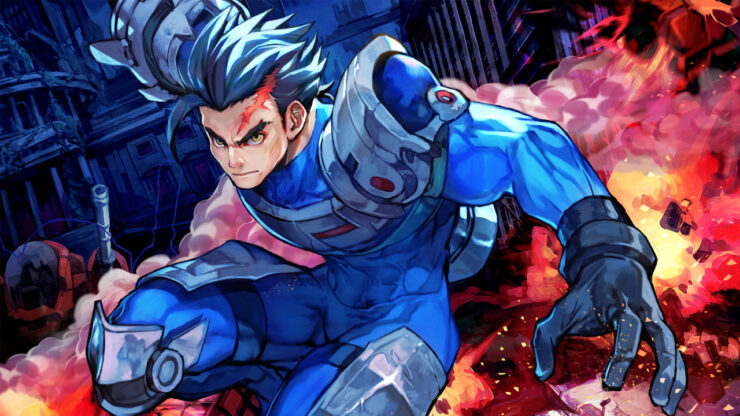 Feeling nostalgic for thumb-spraining old-school action games like Bionic Commando, Contra, and Castlevania? Well, you’re in luck, because the long-in-development retro indie action game Steel Assault has locked down a September release date. Check out a fresh trailer for the game, below.

If I didn’t know this was a new game, I’d swear it was a lost Genesis or Game Boy Advance title, which is exactly what the devs are going for, I’m sure. Developed by Zenovia Interactive and released by Canadian indie publisher Tribute Games, Steel Assault combines the aforementioned Bionic Commando, Contra, and Castlevania, along with bits of Mega Man Zero, classic Treasure games, and more. If you’ve got a few minutes, do check out my full interview with Steel Assault mastermind Sri Kankanahalli, in which we discuss the game’s influences, difficulty, surprisingly-relevant story, and more. Meanwhile, here’s the game’s official description…

Steel Assault is a fast-paced, action-packed, 2D platformer in which players punch, whip, and zipline their way through a post-apocalyptic America. It offers a true ‘90s arcade game experience thanks to challenging gameplay specifically tailored for a 4:3 screen resolution with optional arcade bezels. Players will be able to experience the game on “retro hard” or tone it down to a more casual platformer with a variety of different difficulty options.

Steel Assault launches on PC (via Steam) and Nintendo Switch on September 28. What do you think? Got that old-school itch?