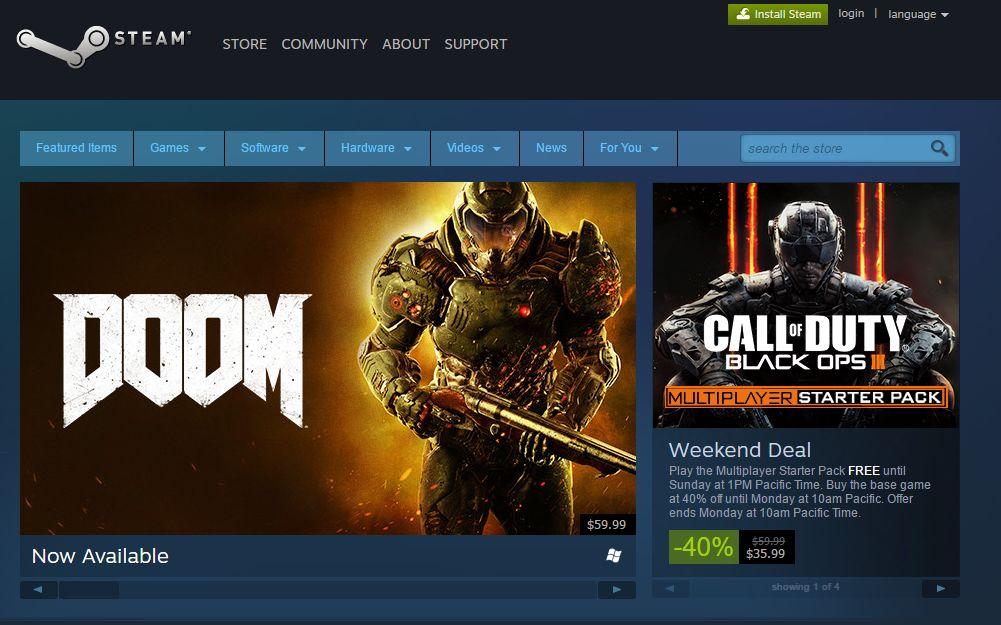 The most anticipated time of the year for PC gamers has finally come, and the Steam Summer Sale 2016, named Summer Picnic Sale 2016, is now in full swing. This year's Summer Sale works differently from previous years, with all deals available until the end of the sale on July 4th, so there's plenty of time for players to decide on how to empty their wallets.

The Steam Summer Picnic Sale 2016 is offering a lot of high profile titles for reduced prices. Among these titles are the recently released DOOM, now available with a 40% off, the massive role playing game Fallout 4, available for 50% its full price, the role playing games The Witcher 2 and The Witcher 3 by CD Projekt Red, the fighting game Street Fighter V, the Japanese role playing game Tales of Zestiria and many others. Several franchise deals are also available, like the Deus Ex, Call of Duty, Assassin's Creed and Sonic the Hedgehog series deals. Genre bundles are also available, like the JRPG bundle, the Point and Click bundle, the Metroidvania bundle and many others.

Indie games make up a big part of the Steam offering, and many of these titles are also available for reduced prices. Among them is the popular Surgeon Simulator 2013, now available with a 80% off its full price, the first person survival game Kholat, The Solus Project, Orcs Must Die! 2 and many others.

The Steam Summer Picnic Sale 2016 will be running until July 4th, so make sure to take advantage of all these deals before they expire. You may end up not playing some of these games, but some of the deals are too good to pass on.