The good folks at Valve have apparently implemented new rules in regards to Steam gifting and trading that set to further restrict with whom you can trade and give items to depending on your own locale. These restrictions new restrictions are a bit more harsh, however. They now restrict where in the world you can play games you actually own. 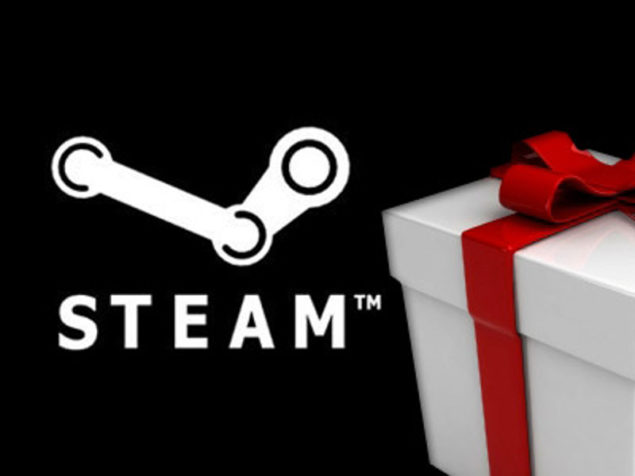 Steam is restricting not only who you can trade and gift to based on location, but where you can play your already purchased games.

In a form of region-locking, it appears that some Steam community members have noticed that they can't gift or trade certain items outside of their own country. The reports of this localization seem to be coming mostly from Singapore, Russia, Brazil and Mexico and there have been warning pop-ups to substantiate this. 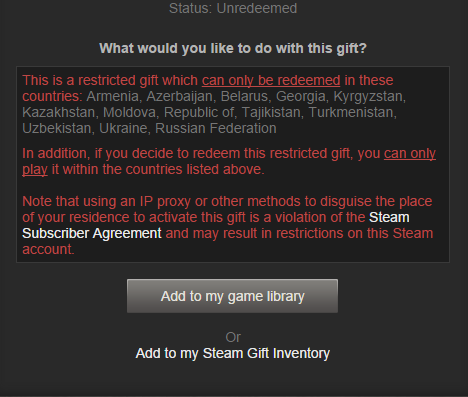 Of course there is no official word from Valve themselves on this behavior, but it can likely be seen as a result of economic instability in some regions. This type of region locking isn't new, either, and has caused another wave of concern over Steam gift practices almost two months ago. But it's the second paragraph that's most concerning. That of region-locked playing.

This practice from Valve is indeed new. Steam users on Reddit are discussing the value of region locking titles that are already owned, something that may be happening now. What if someone were to move to a completely different part of the world? What if someone has to work in a different country than they originally purchased content from? Does a VPN service become necessary just to remain activated and to play our games when abroad? It seems a bit of a legal stretch to limit games paid for with other currencies and activated, and even installed, in those other regions. What actual sense does that make?

Not much really. A game already paid for is a game that you should theoretically own. But I suppose the legal definition that Valve uses to define what we "own" on their platform is likely different than what we players believe.