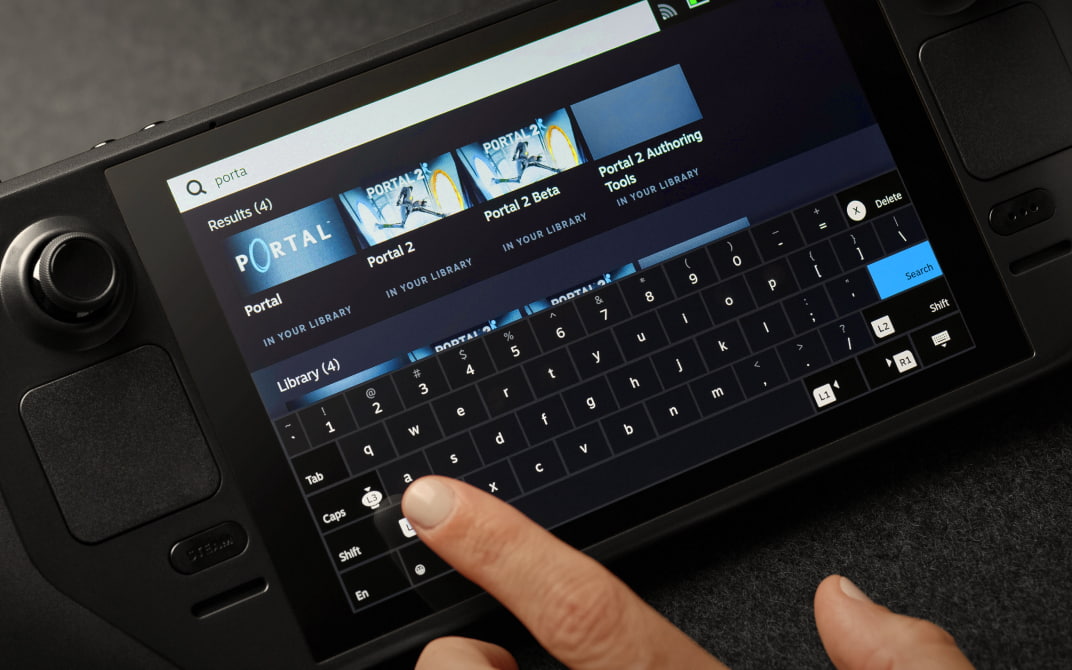 Steam Deck, Valve's answer to the handheld console market, was publicly announced earlier this week. The new handheld incorporates a version of Steam OS, allowing users to play everything on Steam's extensive library of titles including AAA games.

Gabe Newell, President and Co-Founder of Valve, answered future user's questions on Reddit, including questions surrounding the SSD that is under the hood -- the M.2 2230 SSD. The M.2 2230 SSD has a small form factor but is not readily available to be purchased alone.

One of the largest questions about the M.2 2230 SSD was if it was capable of upgrading. The reason for this question is due to the three sizes of storage space on the system along with the varying price points. The intention of users were to possibly buy a cheaper variant and upgrade the system itself. Gaben himself responded by saying that it utilized the standard M2 slot - which should be user-replaceable even though the specs had said it is not intended for user replacement. We can also understand why, replacing the standard SSD which is rated for  the workloads with a stick that has a small cache or cannot sustain long-term performance/endurance would not end well for users.

Underneath the information about the storage capacity information, it explicitly reads,

All models use socketed 2230 m.2 modules (not intended for end-user replacement)

Essentially, the Steam Deck is in line with a small market of handhelds. The most popular handhelds currently are Nintendo's Switch and Switch Lite systems. The biggest issue with Nintendo's system (outside of the consistent joy-con drift issue) is that the system, when undocked, only runs at 30fps, and when docked, mostly runs at 60fps depending on the title. With Valve creating a handheld with the Steam OS, already an extensive and popular frontend for PC gaming, having something as portable as the Nintendo Switch and Switch Lite offers another outlet for the handheld market.

Typically, altering any console past what is intended (i.e. ports already available for attachments, accessories  or external memory) is usually prone to losing any available warranty through the point of purchase or the manufacturer. The question of whether users want to risk voiding the warranty through Valve should anything happen to the system in the process of upgrading or even down the line, along with Valve's asking prices for the three levels of handhelds to be released, is it worth users taking that large of a risk before we have seen enough use from the system to make sure it runs as intended and is free of problems that have plagued other systems, both console and handheld systems?

Enter Steam Deck Mods, a page devoted to users already planning for creating different upgrades and changes to the system for both enhanced gameplay, but also for experimentation. There are plenty of videos and websites devoted to other modifications for many other systems, so this should come as no surprise to users.