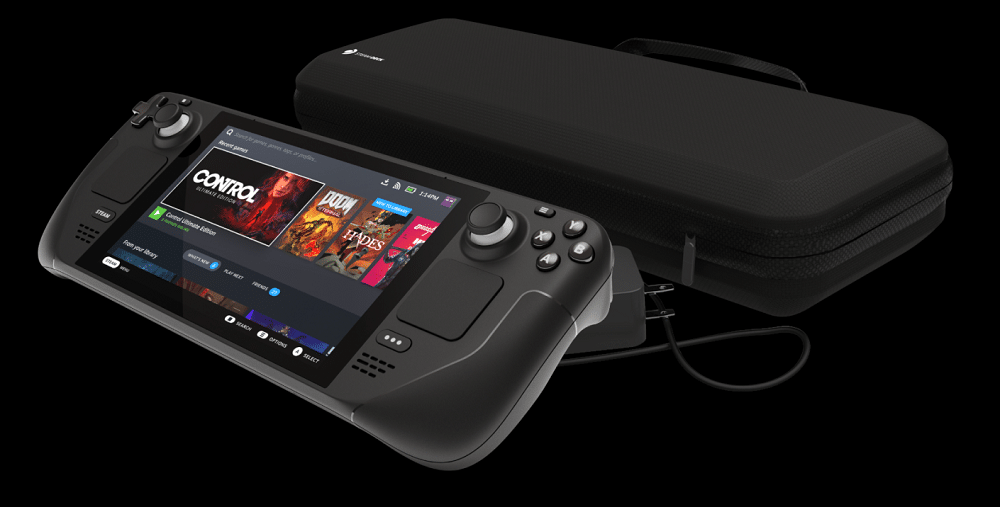 The Steam Deck development kit has been distributed to game developers earlier this week. However, according to SteamDB creator Pavel Djundik, the dev kit has been leaked. Thus, we're able to see some neat features about the upcoming handheld made by Valve such as the Deck's Operating System and UI.

Let's start with the Operating System. The Steam Deck will come equipped with SteamOS 3.0. This new version of the company's Linux-based platform shares similarities to the Windows app. These similarities seem to be a departure from the original SteamOS which was aiming to be more of a propietary OS from Valve.

According to Djundik, the OS has been leaked and is now usable in other portable devices:

An image of SteamOS 3 leaked and people are already getting it running on other portable consoles.

Steam itself is just the same Linux client with a different view (it's JavaScript).

Unfortunately, Djundik doesn't show which systems have been able to run SteamOS 3. However, it's easy to assume that it's portable PCs such as the GPD Win 3 and the Aya Neo. What Pavel DOES show, however, is a sneak peek into the Steam Deck's UI. The Steam Deck's UI has been previously confirmed to replace the outdated Big Picture Mode.

While the screenshots shown are nothing new for those keeping up with Steam Deck news, they give us an idea of what the user experience will be like. It should be noted that the system's UI is still a work in progress. As such, none of the material shown should be treated as final.

There is no way to access the store at the moment. pic.twitter.com/mI2dgAPpck

The Steam Deck is planned to become available at the end of the year. However, some users might have to wait until Q2 2022 and beyond for their unit to arrive.